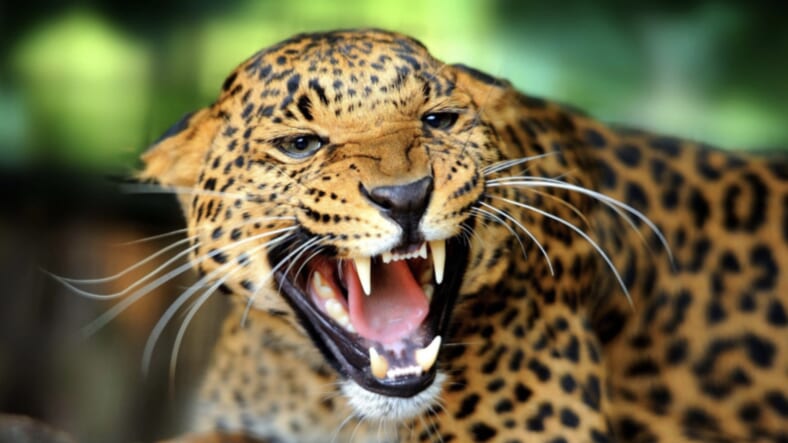 Know how some people joke about something when it’s a little too terrible to deal with? That’s the case with this, the story of Valerio the jaguar’s bloody romp through the New Orleans Audubon Zoo.

Jaguars are one of nature’s unsung predators, and they are actually pretty terrifying.

Four alpacas, an emu, and a fox living at the Audubon with Valerio found that out the hard way. NBC reports further details:

The incident occurred at 7:20 a.m. local time when Valerio, a 3-year-old jaguar, slipped out of its habitat. There were no human injuries and the staff was able to get the feline back into its night house over the course of the next hour, officials said at a press conference Saturday.“In over a 100-year period, we’ve never had any incident like this,” said Ron Forman, the president and CEO of Audubon Nature Institute at press conference on Saturday. “This is by far the biggest tragedy we’ve had.”

It could’ve been worse, of course—zookeepers are likely counting their blessings right now.

The thing is, Valerio isn’t even getting his nose rubbed in it. As zoo doctor Frank Burks said at a press conference: “This behavior isn’t out of the ordinary for this kind of animal. It was most likely a territorial situation.”

What guy wouldn’t understand that?