The 89-year-old crime boss was reportedly killed by an inmate with mafia ties. 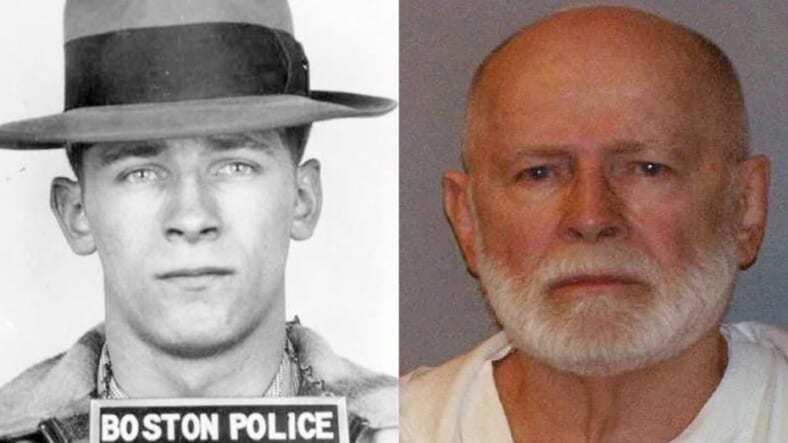 James “Whitey” Bulger was found dead at a West Virginia prison on Tuesday, the morning after he arrived at the institution. He was 89.

NBC reports that the FBI is conducting an investigation into the notorious Boston crime boss and informant’s passing and has further details:

Bulger, 89, was found unresponsive about 8:20 a.m. at the high-security penitentiary USP Hazelton in West Virginia, according to a Justice Department statement.
No other staff or inmates were injured, officials said. Bulger had arrived at the West Virginia prison on Monday.

“Life-saving measures were initiated immediately by responding staff” before he was pronounced dead by the Preston County Medical Examiner.

Three anonymous sources told The Boston Globe that an inmate with mafia ties is being investigated for killing Bulger, and a law enforcement source confirmed as much to the New York Post.

Bulger was famously portrayed by Jonny Depp in the 2015 movie Black Mass.

NBC has further details on Bulger’s criminal activity and moves within the prison system.

The feared former leader of the Winter Hill Gang, Bulger was convicted in 2013 of participating in 11 murders stretching from Massachusetts to Florida to Oklahoma.Bulger was serving a life sentence.He was previously relocated from a Florida prison to a facility in Oklahoma. Though Bulger is known to have medical ailments, it’s not clear why he was on the move, the Boston Herald reported.Bulger had spent 16 years as as one of the nation’s most wanted fugitives before he was captured in Santa Monica, Calif., in 2011.Bulger was arrested with his girlfriend, Catherine Greig. Greig, now 67, pleaded guilty in 2012 to identity fraud and harboring Bulger. She remains locked up at a federal women’s prison in Minnesota.In 2014, Bulger was transferred out of a high-security prison in Arizona over concerns about his relationship with a female psychologist who was counseling him, according to the Boston Globe. Bulger was taken to U.S. Penitentiary Coleman II in Sumterville, Fla.

Someone finally got to Whitey bulger

Not that I'll be mourning his demise, but how in hell does a high-profile inmate like Whitey Bulger get clipped on his first day in a different federal prison?@AMCardinale, please advise.

One of the weirder things I've covered was an auction of Whitey Bulger's stuff a few years ago. It included a skull ring, rat mug, and a *lot* of old man lookin' sneakers: https://t.co/P0Ijg3o93H pic.twitter.com/8yPcpfHQVA