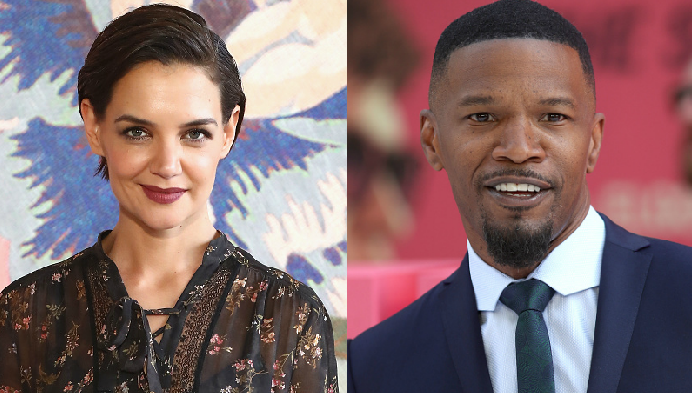 Guess Jamie Foxx had to go and couldn't answer a question about playing basketball with Katie Holmes 😂😂😂 pic.twitter.com/XYq9fPHt3v

Man, it’s getting so a celebrity can’t even get through an interview without someone prying into their love life.

Okay, that’s nothing new. Doesn’t matter to Jamie Foxx. He still got pissed enough to simply walk away after ESPN Sportscenter’s Michael Smith asked him about girlfriend Katie Holmes.

Smith was just asking Foxx about the game when he segued into the star’s relationship with Holmes. “Did you and Katie Holmes play basketball for Valentine’s Day?” asked Smith. “Like some real Love & Basketball?”

Smith was referring to paparazzi shots of the couple on the court.

Foxx said nothing. He calmly removed his sound gear, turned, and headed out to the court, leaving Smith to cope with the awkwardness. “Did we lose him?” Smith asked. Then as if to save the moment he said he figured Foxx was “ready to go, he ready to hoop.”

Holmes and Foxx have been seeing each other for a few years, but they apparently have no interest in becoming a red carpet-walking, boldly public celebrity couple.

That’s pretty refreshing, even if it prompts Foxx to sometimes demonstrate to the press that he’s not here for anyone’s bullshit.