You won’t believe how much money he made. 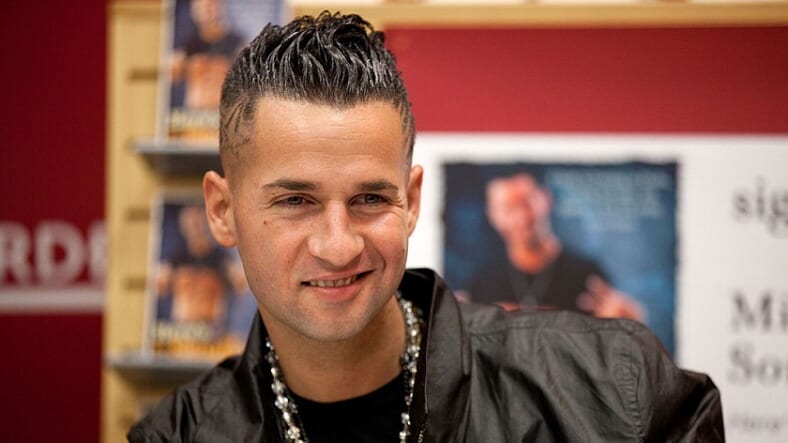 “The Situation,” of Jersey Shore reality fame, earned a lot of money. Seriously, a lot. And according to charges leveled by the IRS, he didn’t give any to them. In fact, he—along with his brother Marc—is accused of conspiring “to defraud the United States by not paying all federal income tax owed on approximately $8.9 million that Michael earned between 2010 and 2012.”

This isn’t the Sorrentino brothers’ first time in court facing lawyers from the Internal Revenue Service. They were first brought up on charges in 2014. However, as the Asbury Park Press reports, the government has stacked new accusations against them that indicate alleged intent to keep their income out of the government’s hands:

The “structuring” in the indictment allegedly worked like this: the Sorrentinos would make deposits in various bank accounts always being very careful to not touch the $10,000 mark, when the bank would be legally required to notify the government.

The story is a sad litany of unpaid bills—The Situation and his bro were reportedly set to go to trial in 2015 but he never paid his attorney, either, forcing a delay—and failed businesses. Seems like life after reality for some doesn’t always pay off after all.

If The Situation is convicted on all charges, reports the APP, he could end up in prison for up to 15 years, while brother Marc could do 20, plus restitution and supervision after their release.

If Mike Sorrentino needs an idea for paying his debts, well, a show that follows The Situation as he copes with prison life? We’d probably watch that.