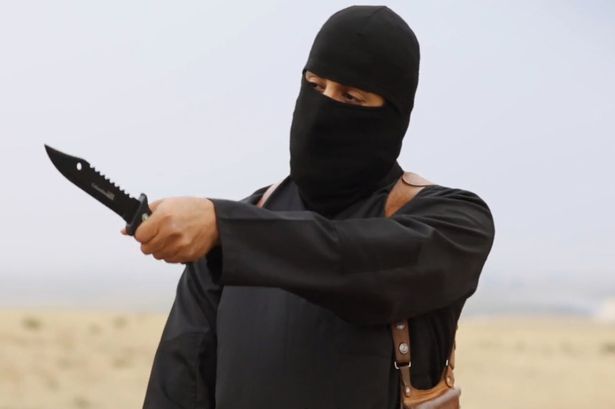 A media outlet associated with the Islamic State confirmed Tuesday that ‘Jihadi John,’ the infamous British ISIS fighter who carried out grisly executions on video for the terrorist group, was in fact killed by the U.S. last November originally believed.Both Reuters and the Agence France-Presse reported the news Tuesday afternoon. ISIS’s online magazine Dabiq confirmed on Tuesday that John, born Mohammed Emwazi in the U.K., was killed on November 12th “as the car he was in was targeted in a strike by an unmanned drone in the city of Raqqa, destroying the car and killing him instantly.”The U.S. military said in November it was “reasonably certain” it had dispatched the executioner in a series of drone strikes at the heart of the ISIS stronghold, Reuters reports.“The United States had been tracking Emwazi closely since Wednesday, and he was seen leaving a building and getting into a car Thursday,” U.S. officials told CNN in the aftermath of the operation. “Three drones went after that vehicle, which also had another person inside, and two Hellfire missiles were fired.Known as “the face of ISIS,” Emwazi was born in Kuwait and grew up in London before traveling to Syria in 2012 at the beginning of the country’s ongoing civil war, CNN reported. It’s believe he joined ISIS some time after that as the country began to splinter.As ‘Jihadi John,’ Emwazi appeared in ISIS propaganda videos, beheading hostages like American journalists James Foley and Steven Sotloff, among others. His threats against the West, delivered in crisp, clean English, made him a high-value target among U.S. intelligence officials.“This guy was a human animal, and killing him is probably making the world a little bit better place,” an Army spokesman told CNN in November.

This is a developing story. We will update this post with more details as they become available.