“It’s about the best-smelling fire I’ve ever been at.” 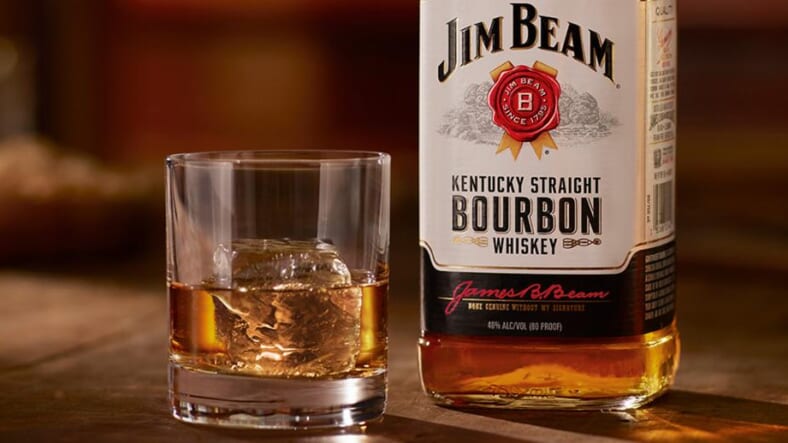 A three day-long fire has destroyed a giant warehouse filled with 45,000 barrels of Jim Beam bourbon.

The building ignited on Tuesday night, producing flames that could be seen for miles around Versailles, Kentucky.

Investigators haven’t been able to determine a cause, but CNBC reports that lightning could have been a factor.

While the destruction of the popular bourbon is definitely a bummer, officials’ primary concern is the inferno’s environmental impact.

Experts working with the Environmental Protection Agency have decided to let the booze-fueled blaze rage on until all of the alcohol has been burned off.

8+ hours later, the fire continues to burn at this Jim Beam property in Woodford County. Emergency Management officials tell me they expect it to last for several more hours. @LEX18News pic.twitter.com/RHqJrQ36xd

They believe this will be less damaging to surrounding area than dousing the fire with water, which could wash the bourbon into a nearby creek that flows into the Kentucky River.

“Not as pungent [as] a house fire, because it’s mostly old natural wood and a distilled spirit, so it has a bit of a sweetness to it.”

A nearby fire crew is waiting until temperatures dip to start moving the debris.

“Given the age of the lost whiskey, this fire will not impact the availability of Jim Beam for consumers.”

Thankfully, a mere 1 percent of the distillery’s inventory was destroyed, and there are still 3.3 million barrels left in 126 Kentucky warehouses, according to Robb Report.

Still, pour one out for all the bourbon that could have been.