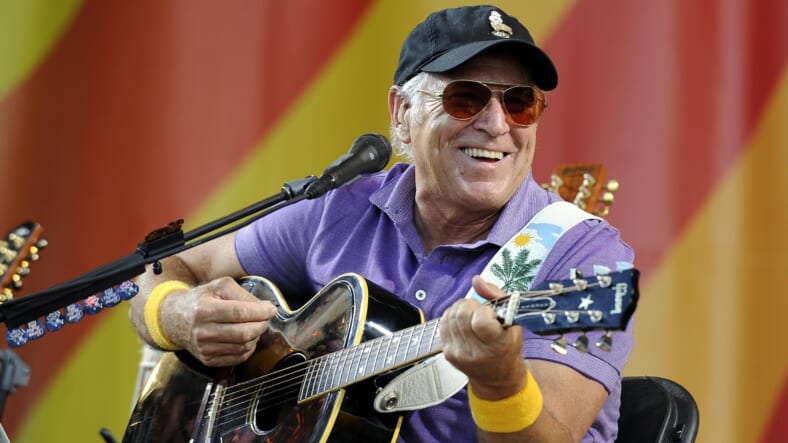 Looks like Jimmy Buffett is moving from “Margaritaville” to “Marijuanaville.”

Buffett will not own stock in the company, but he will earn royalties on Coral Reefer-branded vape pens, lotions and gel caps. Sweet!

The Wall Street Journal reports that he chose Suterra over other cannabis startups because of their focus on medical marijuana. Buffett himself doesn’t smoke weed anymore and only occasionally uses oils, according a feature published by the the New York Times earlier this year.

Fortune has further details on Suterra’s focus and recent growth:

Georgia-based Surterra is currently licensed in Florida and Texas, and plans to build out cultivation space in the former state while conducting research trials on cannabinoid treatment for issues such as pain and post-traumatic stress disorder. The company has raised more than $100 million in the last few years, most recently in a $65 million round last month that was led by Wrigley’s Wychwood Asset Management.

However, Wrigley did tell Bloomberg last month that Suterra will eventually participate in the domestic recreational market as more and more states patently legalize pot.

“Everyone seems to be in there because they think they’re going to make tons of money,” Wrigley said. “Some will and some will be sorely surprised when they understand how complex it is.”

Even so, both Wrigley and Buffett undoubtedly will make serious bank selling Coral Reefer products. Feel free to send us a sample.