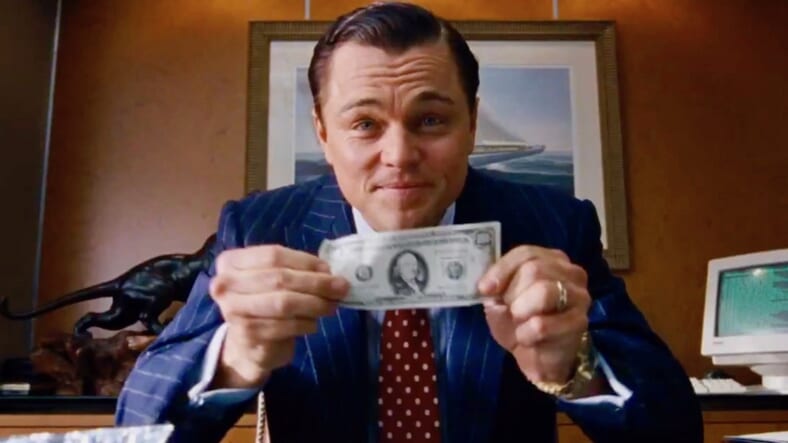 Jordan Belfort, the real -life “Wolf of Wall Street” financial wunderkind whose security exchanges fraud scheme and bestselling memoir inspired the Leonardo DiCaprio-led movie, has some advice for anyone looking to hop aboard the #GameStonk bandwagon.

A very brief rundown of what’s transpired: Redditors day-trading on the r/WallStreetBets subreddit saw that hedge funds were shorting GameStop, i.e. betting that GameStop’s stock price will continue to decrease. Those Redditors influenced the market by buying the stock en masse, driving its price up and causing short-selling hedge funders to lose billions in the process.

Gonna be honest in that I don't understand trading or stocks at all, but from what I understand about the whole #gamestonk thing is that regular joes banded together and decided to whoop Wall Street at their own game. GG guys and gals. pic.twitter.com/8afGyvvTNJ

“It’s shocking, and really amazing and gratifying, to see a little bit of the pain going on the side of the hedge funds,” Belfort told SkyNews. “The hedge funds have been beating up little investors since the beginning of time pretty much.”

While Belfort applauds the Redditors’ efforts, he warns would-be investors of trying to cash in this late in the game.

“While this will be short-lived… everyone’s got to be really careful, because it’s going to be like catching a falling knife when it unravels. The danger is that Wall Street and hedge funds especially are experts at identifying what we call ‘inefficiencies in the market,'” he said.

“This is an inefficiency in the market right now and they will look to close that inefficiency very quickly. This is 1999 all over again and that’s why I’m begging everyone to please be careful here,” he added in reference to the infamous dot-com bubble, the burst of which saw internet-related stocks collectively crash at the turn of the century.

One investor posted screengrabs on Reddit suggesting he had turned an initial investment of $53,566 into more than $25 million, reports Sky News. That kind of financial opportunity has already passed, according to Belfort.

“When the average person gets in, that’s the time it’s going to actually crash. You never know when that moment’s going to come. It’s going to come, of course, because things will eventually see their fundamental value,” Belfort said.

“It’s a wonderful opportunity for people to make money – everyone’s bored and locked up – but just be careful and make sure whatever you invest in these type of hot stocks, make sure you invest only what you can afford to lose. And if you happen to make money, pull the original investment out and play with the house’s money. That’s my advice to everybody.”