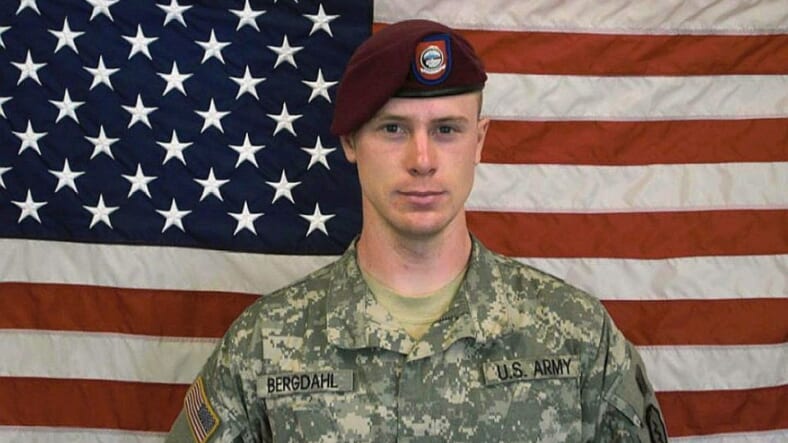 After Army Sgt. Bowe Bergdahl was recovered from the Taliban he came home to face a charge of desertion. He allegedly just took off from his posting in Afghanistan in 2009 with some half-assed idea of going it alone against the wilderness or the enemy or both.

Desertion, reports the AP, would put Bergdahl away for a maximum of five years. A new charge, just approved by military judge Jeffery Nance, might jack that sentence up to life.

This charge may not stick, according to the AP, which reported that Bergdahl’s defense “said prosecutors used faulty logic to charge Bergdahl with a crime more serious than his underlying actions.”

Judge Nance admitted that the charge is so unusual it’s hard to find citations about it in the law books. But as Maxim reported in 2015, the search for Bergdahl was hell, and may have cost lives. So the new charge is for endangering fellow soldiers by going AWOL.

So it seems like the Army is ready to make an example of Bergdahl, as the AP indicated Nance “said a soldier who leaves his post alone and without authorization should be aware he could face punishment.”

A penalty like life in a military prison will damn sure give any future antsy soldier some pause.

Maxim.com was the first media outlet to report that Berghdal wold be the subject of the wildly popular Serial podcast back in 2015.