Mayweather vs. McGregor won’t be this entertaining. 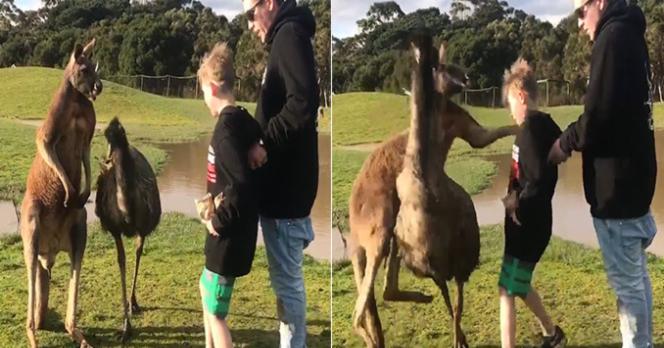 A young boy will probably never try to feed a kangaroo ever again after he was punched on the cheek by a particularly cranky animal at a wildlife park in Melbourne, Australia.

As his father eggs the reluctant kid to move in closer to the marsupial, the crazed roo lets left jab fly and hits him squarely in the face.

The parents burst out in laughter before rushing to their stunned son’s attention, who smiles at the camera just before the clip ends.

Perhaps the punch was delivered in retaliation for the dog-stealing kangaroo who was blasted by Australian zookeeper Greig Tonkins last winter.

Both Tonkins and the boy had it better than this poor dude, though.