The young gun control activist was not impressed. 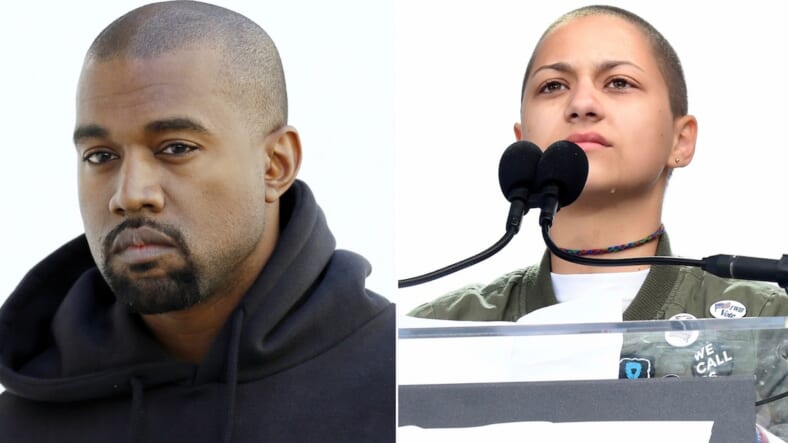 West tweeted out a photo of Gonzalez at the CNN Florida Town Hall and labeled her “my hero.”

West then tweeted a selfie with a freshly shorn scalp and wrote that his buzz cut was “inspired by Emma.”

That’s even though his head is pretty much always shaved…

Gonzalez was clearly not impressed, a sign she is probably not on board with West’s sudden embrace of President Trump.

Shortly after Kanye’s praise, Gonzalez tweeted out a photo of the Waffle House shooting hero James Shaw Jr., calling him her “hero.”

Yep, that was definitely a burn… sorry, Kanye.