This is either totally ridiculous or incredibly awesome. 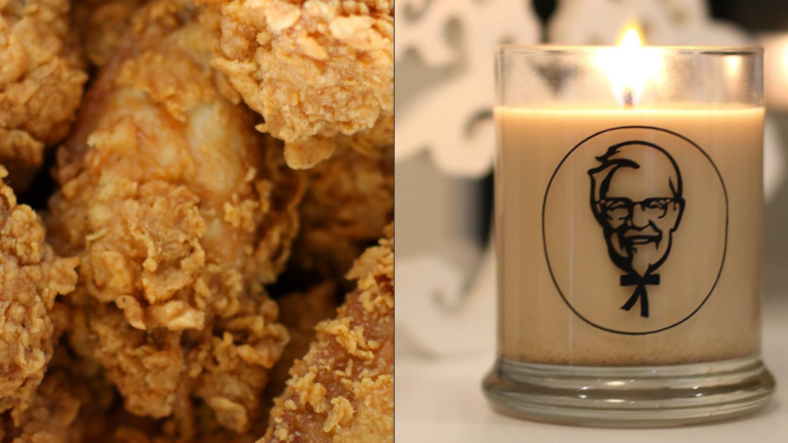 Just in time for the gift-giving season, KFC is rolling out a limited-edition scented candle that gives off the unmistakable aroma of their namesake fried chicken.

“What better way to light up your nights than with a limited edition KFC Scented Candle?” reads the caption on the chicken chain’s New Zealand Instagram account. There actually are better ways, but we will say it’s probably easiest way to make your entire house smell like a hot bucket of greasy KFC.

What better way to light up your nights than with a limited edition KFC Scented Candle! Keen? To go in the draw to #win one just suggest another piece of KFC merchandise you'd like to see from us in the comments below! Winners drawn Monday! #KFCAdventCalendar

If you’re dying to get your hands on one, all you have to do to become eligible to win one is comment on another piece of KFC merch you’d like to see them manufacture.

Everyone loves socks for Christmas – and what could be better than KFC socks! To go in the draw to #WIN, just tag four mates you think should be rocking these bad boys! If you win, we'll hook all five of you up with a pair. The winner will be drawn Friday! #KFCAdventCalendar

Wanna keep your head warm AND look cool at the same time? Try a KFC Beanie! We've got 3 to #giveaway! To go in the draw, just name your go to KFC order in the comments below! Winners drawn Tuesday! #kfcadventcalendar

Looking for the perfect #Christmas gift for the coffee fan in your life? Look no further than one of these super cool KFC Mugs! We have 3 to #giveaway! To go in the draw, just tag the mate you'd give one of these mugs to in the comments below! Winners drawn midday Friday so get in quick! #KFCAdventCalendar

Earlier this year, they even peddled free bottles of chicken-scented sunscreen with this goofy-ass commercial.

“Suntan lotion always smells like lotion,”KFC CMO Kevin Hochman told Business Insider. “So we thought — why not make it smell like fried chicken?”

Why not, indeed. We have a feeling KFC-scented cologne is just around the corner.