The reality series superstar says she hopes this situation “gets resolved ASAP.” 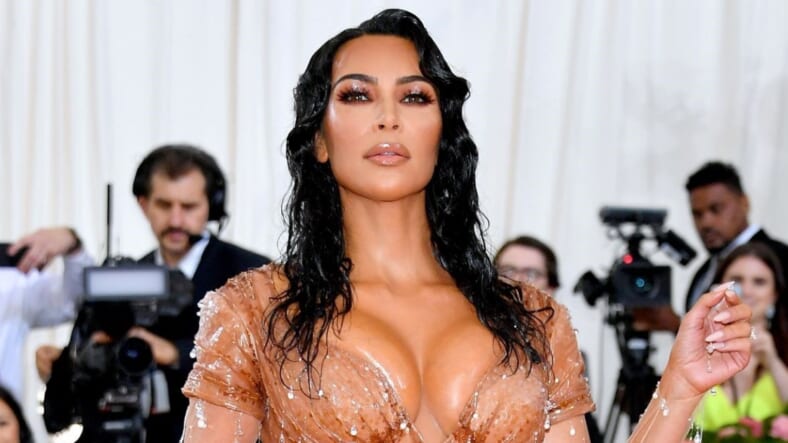 Let’s just note this first: Kim Kardashian has, according to People, “denied buying a Roman statue Italian officials believe was ‘smuggled illegally’ into the United States.”

This strange tale of smuggling and possibly illegal ancient artifacts isn’t quite as much gonzo fun as Nicolas Cage and his dinosaur skull, but it does have a veneer of international intrigue.

The statue, identified as “Fragment of Myron Samian Athena – limestone – 1st -2nd century A.D,” was seized at the Port of Los Angeles in June 2016 after a U.S. Customs and Border Protection officer reported a shipment of “possibly protected cultural property from Italy” to Homeland Security, according to court documents obtained by PEOPLE.The statue was a part of a shipment described in customs forms as 40 pieces of “Antiques & Modern Furniture & Decorations Objects” valued at $745,882, with an importer listed as “Kim Kardashian dba [doing business as] Noel Roberts Trust,” the filing read.

A rep for Kardashian told NBC that she “never purchased this piece and this is the first that she has learned of its existence.”

The same rep went on to say that Kardashian’s people believe the Fragment of Myron Samian Athena “may have been purchased using her name without authorization and because it was never received, she was unaware of the transaction.”

Given that Kardashian is in the process of divorcing Kanye West, an artist who has openly admitted to having bipolar disorder, a mental illness that can affect the ability to control your impulses, that leads to some interesting questions about whether this was an “impulse buy.”

However, officials investigating the statue’s provenance after it was seized followed a paper trail that led to Belgian Axel Vervoordt, the interior designer for the reality star and Instagram queen’s 2016 home renovations. From there they found more evidence that Vervoordt’s director of art history had signed an affidavit affirming the piece was not of Italian origin.

Which was a problem, given that Vervoordt’s sale invoice said just the opposite was true.

Vervoordt told TMZ that “there is no evidence that this piece was illegally imported from Italy. If [the] investigation proves that the piece was actually exported from Italy without a proper export license from the Italian Ministry of Culture, then we will of course take our responsibility.”

TMZ fingers Kanye West in the transaction as well:

A source connected to the situation tells us Kim only found out this week that the piece was actually bought by Kanye as part of a larger purchase which included more art. We’re told it’s unclear if Kanye had bought it as a gift, or when he had planned on telling Kim, but our source says she was in the dark.

It seems unlikely that West knew what he was dealing with as far as the statue’s legal status was concerned.

Citing unnamed sources, TMZ reported that Kim Kardashian hopes the whole situation simply “gets resolved ASAP,” so the Fragment of Myron Samian Athena can be returned to its proper home in Italy.