If This Heroic Kitten Rescue Doesn’t Melt Your Heart, You Are One Sick Bastard

The dramatic 33-hour kitten ordeal had a purr-fect ending. 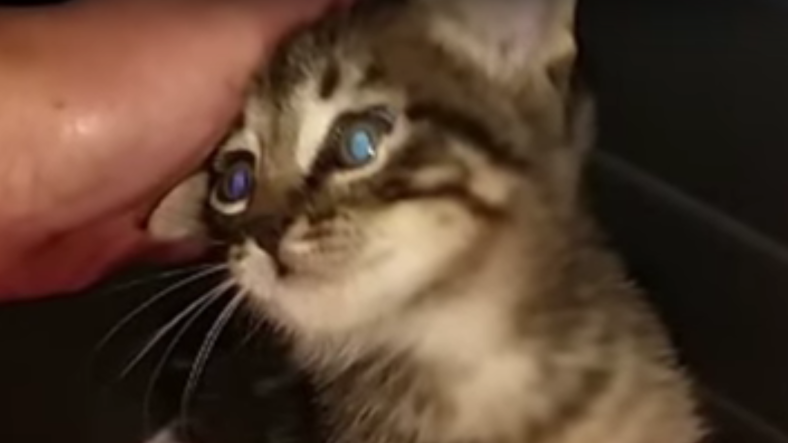 The call went out on Facebook — storm drain, kitten, help — and David Loop knew immediately he had to respond. The vice president of Sierra Pacific Electrical is involved in animal rescue. He lives for this stuff.

People had heard the meowing. It was coming from a four-foot deep storm drain in the middle of a Costco parking lot in Fontana, California. At the bottom was a pipe that emptied in hole from one side. The kitten was somewhere back in that pipe.

They tried to reach down and grab it. No dice. They tried luring the critter out with food. Nope. Eventually they called a plumber, who poked a sewer camera down there, again to no avail. Then it started raining…

Anyway, after 32 hours or so, someone got the idea to stick a rodent glue trap onto a wire and wiggle it around in the pipe. Success! And yes, they named the little guy Piper.

Check out the video below, and maybe have a box of Puffs handy.