This is absolutely bonkers. 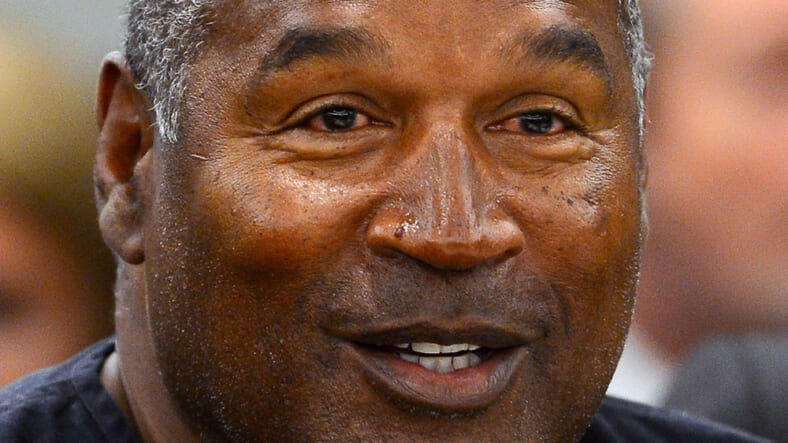 At some point several years ago, a knife was recovered from the former estate of NFL superstar and current inmate O.J. Simpson, TMZ reported Friday. According to TMZ’s report, a construction worker recovered the folding buck knife and pointed it out to a LAPD traffic officer who was near the scene at the time.

At that point TMZ reported that the cop allegedly did exactly the opposite of what law enforcement officers are typically trained to do when curious weapons are found near the scene of what many believe was the home of an alleged double-murderer:

Turns out the cop — who worked in the traffic division — was off duty at the time, working security for a movie shoot at a house across the street on Rockingham. Our sources say the officer took the knife home and kept it … kept it for years.

The knife didn’t come to the LAPD’s full attention until January, 2015, when the now-retired traffic officer informed a friend he was going to get it framed. The officer, reported TMZ, “wanted his friend to get the DR (Departmental Record) number for the Nicole Brown Simpson/Ronald Goldman murder case, which he planned on engraving in the frame.”

In an LAPD press conference broadcast live on cable news outlets, spokesperson Capt. Andrew Neiman wouldn’t divulge many exact details. He did say the knife was “not a machete” and that it was being thoroughly examined for evidence that could link it to the June, 1994 murders of Nicole Brown Simpson and Ronald Goldman, which technically remain unsolved.

The Simpson/Goldman murders are the focus of American Crime: The People Vs. O.J. Simpson, a serial dramatization of Simpson’s trial for the crime. We hate to spoil it for you, but O.J. was found not guilty of the crimes. He has, however, been in prison in Nevada since 2008, having been convicted on charges related to a 2007 robbery and kidnapping in Las Vegas.

The Simpson and Goldman double homicide is still an open case. But even if evidence was found linking the victims and O.J. Simpson, double jeopardy would apply—O.J. will never serve time regardless.