Here’s how the beautiful young fighter gave her all fighting jihadis. 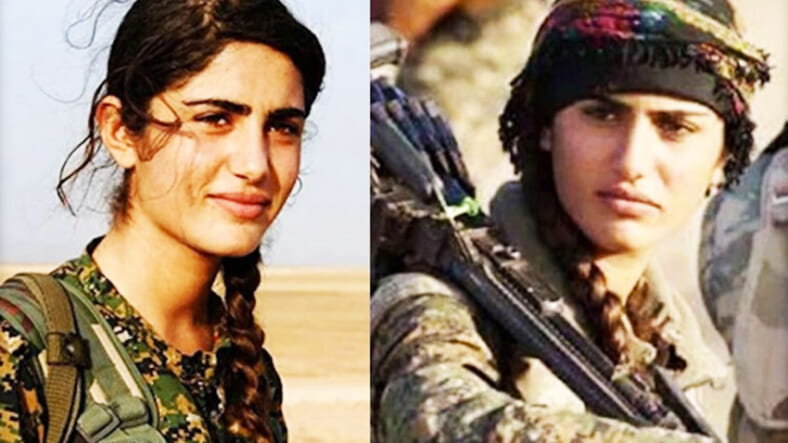 Asia Ramadan Antar was a stunning young Syrian Kurd whose looks had been compared to the glamorous Angelina Jolie. Antar never got a chance to wow Hollywood, though, because she reportedly died in a battle between her all-woman Kurdish military unit and the barbaric fantatics of the Islamic State.

An English-language Iranian news agency reported that Antar had first been dubbed “the Kurdish Angelina Jolie” after her photo popped up on social media and many saw a resemblance to the superstar.

Antar’s death was reported via the We Want Freedom For Kurdistan Facebook page, which posted her images and stated that she’d been “martyred” while fighting ISIS. According to the Daily Mail, the battle in which she died occurred near the Syria-Turkey border.

The paper also indicated that Antar’s last battle was far from her first taste of combat. As part of the Women’s Protection Unit, Antar had played a key role for some time in the sustained fight to push ISIS back from the Turkish border.

We salute a powerful and fierce warrior who gave it all to keep ISIS in check. There was obviously much more to Asia Ramadan Antar than any resemblance to a movie star.