Down to His Last $100, Pizza Delivery Dude Strikes It Rich 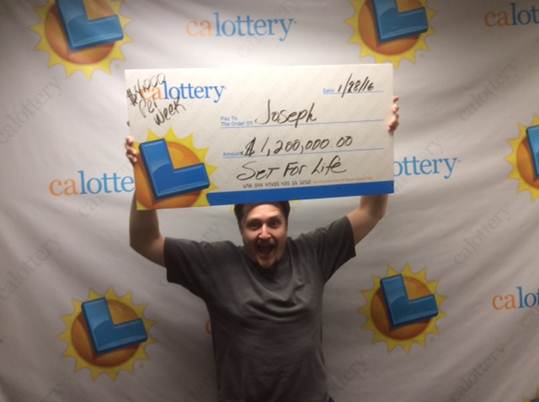 It seems impossible, but to a person, literally every truly deserving individual who plays the lottery actually wins a massive jackpot. It’s a statistical fact. (One poor schmuck was unable to collect, for highly unfair reasons, but he was merely the exception that proves the rule.)

Don’t believe me? The following totally random anecdote, backed up with security-cam footage, confirms it.

Joseph Carrillo, a Pizza Hut delivery man and divorced dad living in Hermet, California, was feeling desperate on January 28 when he stepped into the Paradise Express Liquor & Market. He was down to his last $100. It was his last day in his apartment. Unable to cover the rent, he was packing up to move. He forked over six precious dollars for three Set for Life Scratchers.

The first two tickets came up empty. But the third was a winner, carrying what looked at first glance to be a $4,000 prize. Carrillo showed the ticket to the manager, Efrain Murillo. “He was excited because he thought he won $4,000,” Murillo told the local paper, the Press Enterprise. “I looked at it and said, ‘Bro, you got a lot more than $4,000.”

In fact, the ticket pays that amount each and every month for 25 years. Carrillo opted to take the lump sum, $696,000 before taxes. For now, he plans to keep his job while taking classes in communications. He also hopes to become a voice-over actor. A crazed Star Wars fan, he named his son Luke.

Carrillo obviously could have used the Force to nab that payday, but Jedi mind tricks hardly seem necessary. Everyone wins the lottery.