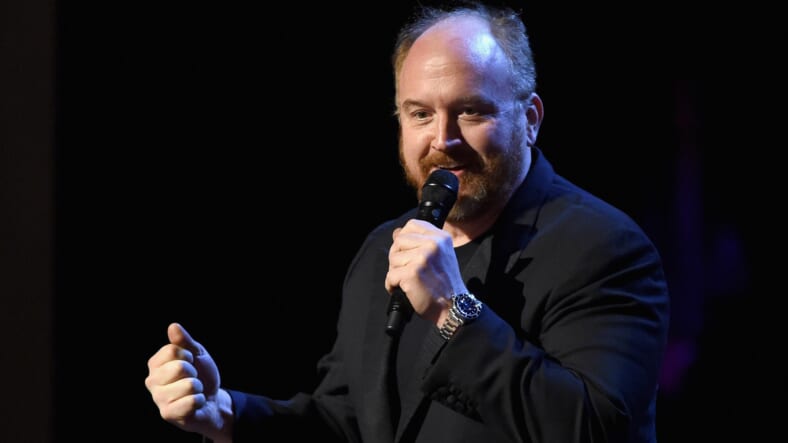 Louis C.K. just performed comedy for the first time since he admitted to sexual misconduct allegations.

“It sounded just like he was trying to work out some new material, almost like any time of the last 10 years he would come in at the beginning of a new act,” Dworman said, adding that he appeared “very relaxed” in front of a sold-out crowd of over 100.

C.K. reportedly received a standing ovation before the surprise 15-minute set even began. Many patrons reportedly responded positively via email, but one caller took issue with the performance after the fact.

“He wished he had known in advance, so he could’ve decided whether to have been there or not,” Dworman said.

Those who were not in attendance have reacted differently.  Some colleagues in the comedy world have questioned whether C.K. waited “long enough” to return to the stage.

Comedian and actor Michael Ian Black tweeted, “I don’t know if it’s been long enough, or his career will recover, or if people will have him back, but I’m happy to see him try.”

“I believe people can grow and change, but this urgency to bring him (and others) back SO soon just sends such a bad message,” Goertz tweeted.

One of my fondest memories is singing my song about loving Louis CK right before he did a drop-in. The idea of him doing a drop-in now feels awful.

I believe people can grow and change, but this urgency to bring him (and others) back SO soon just sends such a bad message.

"But he decided to just rip the Band-Aid off." — explain to me how Louis CK is wearing a metaphorical band-aid.https://t.co/TFFvXvDxo8

Thank you to all the people who've shown public support for Louis C.K. and Matt Lauer, for warning us ahead of time not to be alone in a room with you.

After the New York Times published a report in which 5 women accused Louis C.K. of sexual misconduct last year, C.K. admitted that the “stories are true” in a statement released by the Times.

“At the time, I said to myself that what I did was okay because I never showed a woman my dick without asking first, which is also true,” C.K. wrote.

“But what I learned later in life, too late, is that when you have power over another person, asking them to look at your dick isn’t a question. It’s a predicament for them. The power I had over these women is that they admired me. And I wielded that power irresponsibly.”