Brace Yourself: Winter Storm Jonas Is Going to Bury You in Snow

Winter is coming — with a vengeance. 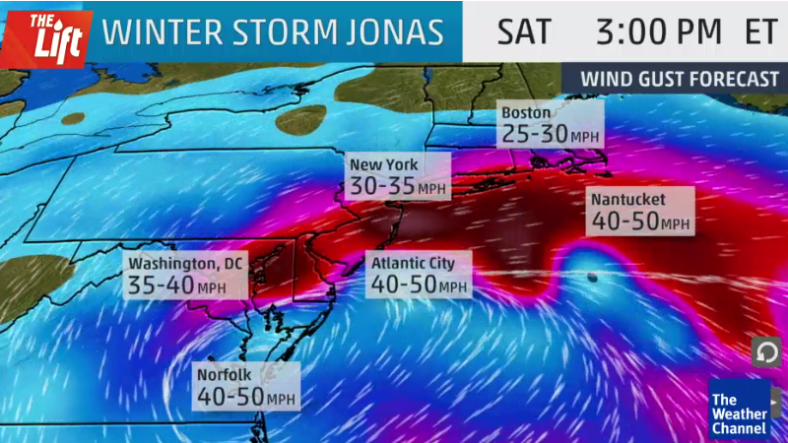 In some parts of the U.S. accustomed to fierce winters, the snows of 2015-2016 have been slow in coming. But if certain dire forecasts come true, it looks like that’s about to change in a big way.

As noted in a report from USA Today, even the usually staid forecasters from the Weather Prediction Center in College Park, MD, see reasons for concern about the storm the Weather Channel has dubbed “Jonas.” In their “Extended Forecast Discussion” published early Wednesday, the forecasters indicated they expected “1 to 2 feet” of the white stuff “from the across the mid-Atlantic and toward New York.” And, they warn, this storm could have “huge impacts to commerce, travel, and possibly life and property.”

Winter storm forecast for Northeast — but will it arrive, and how much snow? https://t.co/KqftD6CyEO pic.twitter.com/BM3BEF55E2

Then again, who knows what will happen? When it comes to examining the picky details of weather forecasting, it quickly becomes clear that much of it is derived from various powerful computer modeling systems and that forecasters often tend to favor one model over the other. Two of the most popular models have been saying slightly different things about “Jonas.”

Many professional and amateur forecasters love the “Euro” model, which is produced by the European Center for Medium Range Weather Forecasts (ECMWF). They tend to cite its accuracy in predicting past mega-storms like Superstorm Sandy. Others stick with the Global Forecast System (GFS), or “American” model, which is run by the U.S. National Weather Service. The GFS is a steady, generally reliable model and relies on a lot of the same weather data as the Euro to make its forecasts.

If you live in the Mid-Atlantic region of the U.S. East Coast, both models seem to agree you will be slammed by a serious snowstorm that could shut it all down—ground and air travel at a total standstill for at least a few days. The Baltimore area was under a blizzard watch by Wednesday morning in anticipation of the nasty conditions.

However the forecast models disagree on the massive storm’s impact from New York City into New England. Southern New England, often ground zero for snowmageddons, might not get much impressive snow at all from this storm if the Euro is correct.

Where every forecast model as well as the opinions of forecasters seem to converge is on the power of the storm. Jonas is going to slam a heavily populated portion of the East Coast with truckload upon truckload of snow, and even well-prepared regions will have to simply hunker down and wait for it to blow over.

Winter may have taken its sweet time in really showing up, but it’s here now for the East Coast, and it clearly means business.