Meet the Gambler Who Lost a $100,000 Slot Machine Jackpot Because His Hot Ladyfriend Pushed The Button

Do you think this is fair? 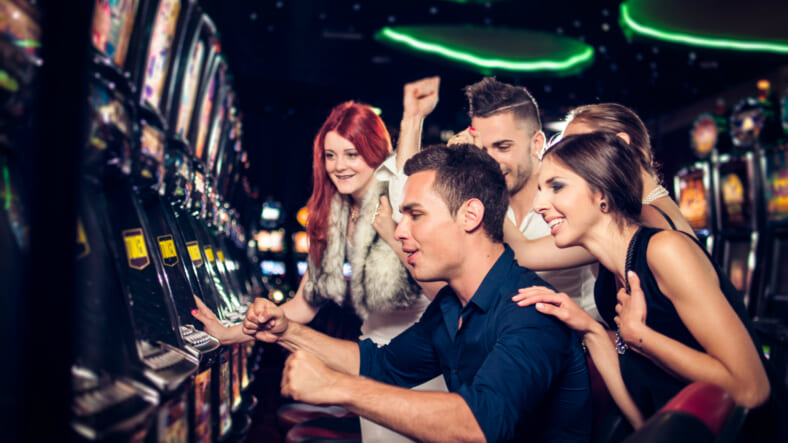 You know how sometimes you make certain decisions that you immediately regret? Like taking that one last shot at the club, or hooking up with your toxic ex?

Yeah, those can be bad decisions, but here’s an even worse decision: playing the slots, letting your hot ladyfriend push the button once for fun, and she wins the jackpot instead of you. Ouch, right?

Well, that’s exactly what recently happened to two friends at a casino in Florida, and it is a wild story.

At the Seminole Hard Rock Hotel & Casino near Fort Lauderdale, a 66-year old dude named Jan Flato was gambling on slot machines when he asked his friend, Marina Medvedeva Navarro, to push the button for him “for good luck.”

Very good luck it was indeed, because the stars aligned and the angels sang and the reels on the machine landed on the $100,000 jackpot. Hooray!

Unfortunately for Flato, though, that money wasn’t his. Oh, no. The hefty jackpot was given to Navarro, because she was the one who had pushed the button, and according to some kind of weird casino rule, whoever pushes the button gets the money. Ahh, that sucks. That sucks so, so much.

“Upstairs, the eye in the sky says she technically touched the button, so we have to pay her,” Flato told the Miami Herald, his bitterness and contempt definitely palpable.

“The person who pushes a slot machine button or pulls the arm is the person who wins the jackpot,” said Seminole spokesman Gary Bitner.

In a situation like this, it might be a nice gesture to split the money, right? I’d think so. But nope! Navarro took the cash and got the hell out of there.

“I said, ‘Marina, what are you doing?’ and she gets up and walks out,” Flato told local news site, WSVN.

Well, damn. Can you imagine how shitty that must feel? Just when you think you won 100 grand, your friend is like “Nah, that’s mine,” and takes the money and bolts, not even leaving you a goddamn cent.

And apparently, weeks later, Navarro sent Flato a text saying, “Still hate me?” to which he replied, “How could you do that to me?” So yeah, he still hates her.

Obviously, Flato is still really salty about the whole $100,000 incident, and I don’t blame him. I’d be pissed too if my friend pushed the button on my slot machine and won a lot of money and didn’t give it to me.

But I also don’t blame Navarro for taking the cash and getting the hell out of there. As bitchy as it sounds, if someone said a $100,000 jackpot was rightfully mine, I’d probably take it, too.

That said, Flato has some serious life advice for all you gamblers out there: “Don’t ever let them touch the button, don’t even tell them to touch anything for luck, because they can do what Marina did to me.”

I guess the moral of the story is that if you’re ever playing a slot machine, do everything yourself and don’t let your friend touch anything.

Pop the coins in yourself, press the buttons yourself, pull the lever yourself – just whatever you do, do it yourself.