Jogger Mauled by Mountain Lion Killed it With His Bare Hands

“It was just a fight for survival.” 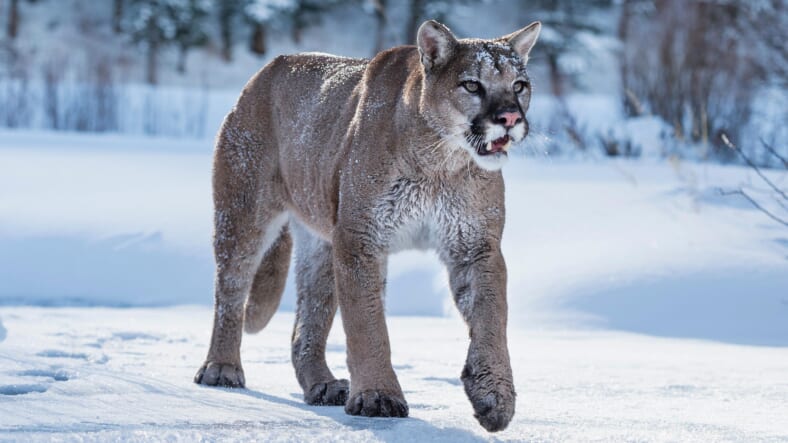 We don’t know his name, but this man—no, this savage—didn’t just survive an attack from a wild mountain lion; he took it out with nothing but his hands.

The unnamed runner was on a solo trek through the Horsetooth Mountain Open Space near Fort Collins, Colorado when he heard “something behind him on the trail,” according to a press release from Colorado Parks and Wildlife.

On turning around to investigate, the big cat lunged at him, biting his face and wrist. CPW spokeswoman Rebecca Ferrell told The Denver Post that the man avoided a mauling by blocking the cat’s striking claws with his forearms.

Somehow, he was then able to mount and “suffocate” the 80-pound animal, though it’s unclear if he strangled or smothered it to death.

After additional investigation, including examination of the lion, we have confirmed the victim's account that he was able to suffocate the animal while defending himself from the attack.

“It’s an amazing story. Everyone is baffled and impressed,” Ferrell said. “He had no weapons, no knives or trekking poles with him. How did he do it? It’s pretty rare.”

Ty Petersburg, area wildlife manager for Colorado Parks and Wildlife, added that the runner was in pure survival mode.

“He was really creative,” Petersburg told told NBC affiliate KUSA. “He used his hands, feet — things that were around him, and really it was just a fight for survival.”

The bloodied man then hiked away and sought treatment for serious—but non-life-threatening—injuries at a nearby hospital.

ok while you were at your desk yesterday Colorado Man killed a mountain lion with his bare hands https://t.co/X21X9w7mOv

CPW reports that only 16 injuries and three fatalities as a result of mountain lion attacks have been recorded since 1990.

We don’t know if we should call the runner lucky or unlucky, but he’s definitely an absolute beast.