This Dude Married His Computer, And Is Now Suing Alabama For Not Recognizing His ‘Machinist’ Sexuality 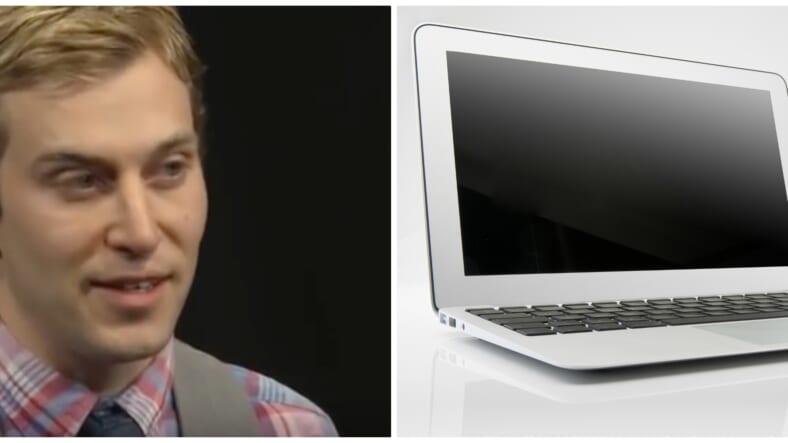 Chris Sevier, who identifies as a “machinist” and is sexually attracted to computers and machines, is suing the state of Alabama for refusing to recognize his sexuality, as well as his marriage to his computer.

To elaborate, this dude got married to his computer in New Mexico – like, actually ‘wed’ his computer — and now he’s filing a federal lawsuit because Alabama is like “Nah,” and isn’t recognizing the union.

He claims to have “married an object in New Mexico with female-like features,” and asked Blount County Probate Judge Chris Green to recognize the union, or grant him a new marriage license.

According to AL.com, Green issues marriage licenses to homosexuals, but not machinists, zoophiles, and polygamists. So, he turned Sevier and his computer bride down, and Sevier is mad about it.

His entire argument is: “If gays can marry each other, why can’t I marry my laptop?”

And in other words, Sevier is a troll. He’s basically protesting same-sex marriages.

Green says the marriage request was made over the phone and not in person, and adds that the state law doesn’t permit him to give marriage licenses to people who want to marry an inanimate object. “I just said I wouldn’t do that in Blount County. No way, no how,” he says.

Interestingly enough, this isn’t the first lawsuit Sevier has filed. He’s also tried to sue Texas, Colorado, and Utah on the same matter, but it doesn’t seem as though he’s been successful in any of his many lawsuits.

“These claims are untenable as a matter of law because Plaintiffs lack standing to bring these claims and the right to marry has not been indefinitely expanded, nor should it be,” Assistant Attorney General David Wolf wrote in Utah’s filing. “Simply put, marrying a laptop computer or multiple partners are not rights protected by the Constitution.”