Talk about a sinking feeling. 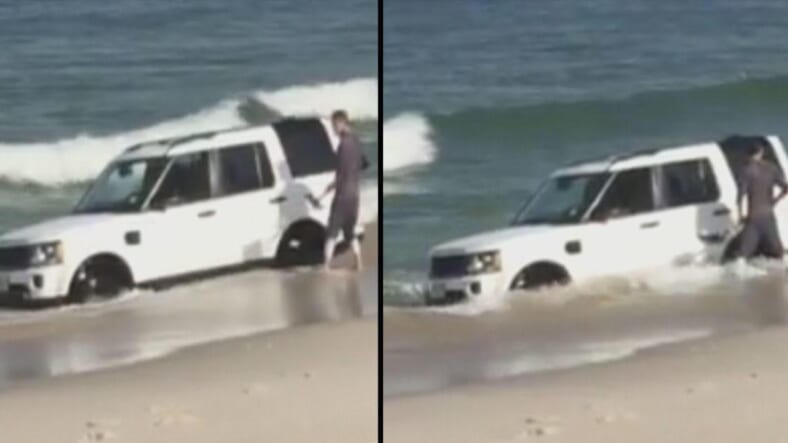 A New Jersey man looking for the perfect shot of his Land Rover almost lost it to the Atlantic ocean after parking it too close to the tide on the Jersey Shore.

Bystanders, who evidently decided it wasn’t worth trying to lend a hand, recorded the dude futilely trying to dig his beached vehicle out of the sand as waves crash over it. Thankfully, they posted the hilarious video to Facebook.

NBC New York reports that he was trying to take scenic photos of his white Land Rover, but ended up having to call police and a tow truck to pull the vehicle from the shoreline.

Unsurprisingly, he even insisted on driving the thing home despite the fact that the “engine was making strange noises.”

It’s only a matter of time before someone finds this car in a ditch or junkyard.