Lucky Bettor Wins $147,000 at the Kentucky Derby Thanks to Maximum Security’s Disqualification

“I went from being the biggest loser that ever lived to a great story.” 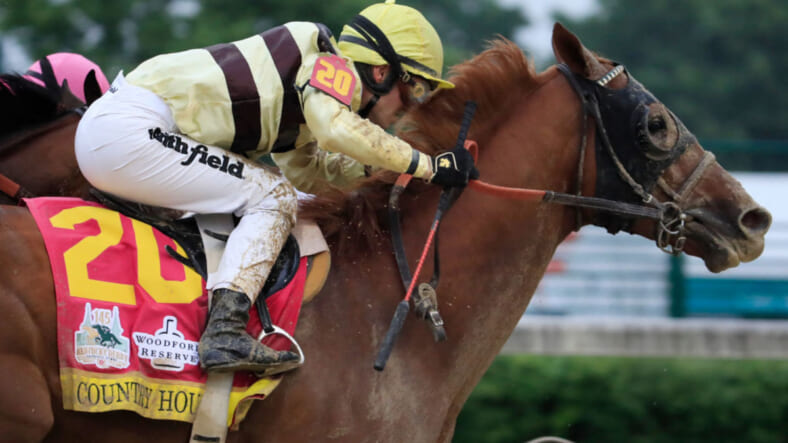 After leading the way during the 145th running of the Kentucky Derby and crossing the finish line first, the sudden shocking disqualification of Maximum Security for interference ended with 65-1 long shot Country House being declared the winner.

They had to wait a little longer to celebrate but the connections of Country House are Kentucky Derby winners!pic.twitter.com/TuMtTvIv7j

This unusual event meant that one man who bet on Country House, Rick Broth, won $47,000 on his bets as well as an extra $100,000 for winning a high-stakes handicapping challenge called the Kentucky Derby Betting Championship.

One guy who loved the @KentuckyDerby DQ was Rick Broth, whose Country House – Code of Honor spurred him to KDBC glory pic.twitter.com/GHUp0Unbsr

“I went from being the biggest loser that ever lived to a great story,” Broth told Yahoo! Sports. “I couldn’t believe it. I was like, ‘Are you kidding me?’ I’ve been taken down 100 times at the track for big money, so to be put up is just unbelievable.”

Another man also won big when he bet a humble $8 on Country House and walked away with $78,000—a true betting “miracle.”

The gambler—who remains unnamed—bet two $4 superfectas that paid $51,400 each ($39,065 after taxes) at The Mirage while watching the race with his mother.

“It was a miracle,” Scott Shelton, a shift manager at the Race & Sports Book at The Mirage, told the Las Vegas Review-Journal. “He must’ve been a saint in a previous life running into buildings to get babies or something for everything to happen for him to cash those tickets.

“I don’t know if anyone else in the country bet $4 to win that super,” he added. “To do it basically straight and have a horse come down so he can win, that was a miracle.”

But fortune wasn’t so kind to those who bet on Maximum Security, with more than $42 million reportedly lost from the disqualification.

On the bright side, Maximum Security’s owner Gary West ultimately admitted to the foul that caused the DQ on the Today Show. Not that he sounded happy about it.

Churchill Downs, because they’re a greedy organization, has, rather than 14 horses like you have in the Kentucky Oaks, the Breeder’s Cup, every other race in America, just because they can make more money, they’re willing to risk horses’ lives and people’s lives to do that. I’m not a fan of that. I think they ought to have 14 like every other race.

But yes, I saw the horse move out. Every Kentucky Derby you could sit down two or three or four horses if you wanted to, because it’s like a rodeo out there.

Congrats to those who won big.