How Marijuana Can Make Sex Better for Women 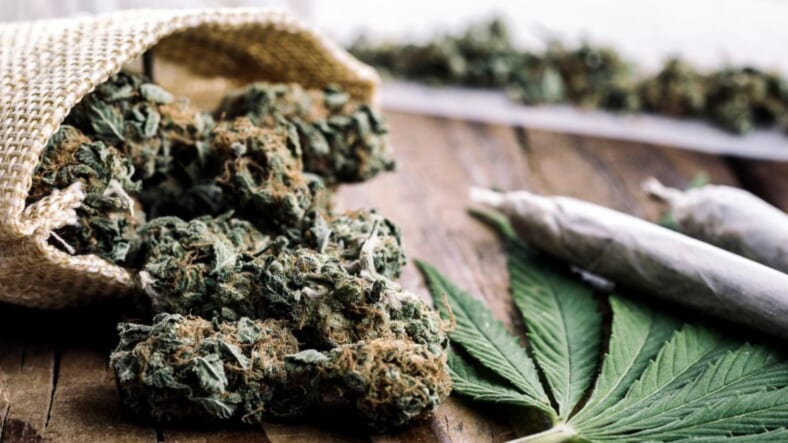 Anyone who has ever smoked weed knows that lots of things are better when you’re high. Music sounds better, food tastes extra delicious, and it goes without saying that sex definitely feels better.

According to Medium, Becky Lynn, a gynecologist specializing in sexual medicine in St. Louis, Missouri, became interested in seeing how cannabis can improve the sex drives of women after several of her patients told her toking up before sex helps them have more orgasms.

“When I looked in the scientific literature, there really wasn’t much data at all,” she told Medium. “I looked on the internet — it was exactly the opposite.”

And so she decided to conduct her own study, where almost 400 women filled out an anonymous questionnaire about their cannabis use and sex lives.

In the survey, 127 women said they have smoked before sex and have subsequently had better sex drives and more orgasms compared to those who don’t smoke.

While this doesn’t necessarily mean marijuana leads to better sex, it is an indication that it just might help. “Women do think that it can improve the sexual experience, improve drive, improve orgasm, lessen pain,” Lynn explained.

Other studies have come up with similar results, too. For example, scientists at Stanford University conducted a study that found that marijuana use actually leads to more frequent sex.

In the study — which was published in the Journal of Sexual Medicine — scientists analyzed data from 28,176 women and 22,943 men “to elucidate whether a relation between marijuana use and sexual frequency exists using a nationally representative sample of reproductive-age men and women.”

It was revealed that “marijuana use is independently associated with increased sexual frequency and does not appear to impair sexual function,” and those who smoke weed daily reported having 20 percent more sex than those who don’t smoke at all.

The question now is, how does cannabis use lead to better sex? What about weed acts as a libido enhancer?

“Low doses of marijuana impact cannabinoid receptors throughout the human body, including in the brain, and have been shown to reduce anxiety and pain, both of which can interfere with arousal. Additionally, marijuana is thought to dilate the blood vessels throughout the reproductive tract, making the genitals — including the clitoris — more sensitive.”

While the precise answer remains unclear until marijuana is legal in all states and more research can be done, there’s no way of knowing if weed is a foolproof way of boosting your sex drive, or exactly what the biological mechanism is.

But in the meantime if you find that it works for you, there’s no harm in sparking up. And in case you need a little inspiration, check out these 6 sexy weed strains that’ll make you better in bed.