Because it wasn’t hard enough to stop eating before this. 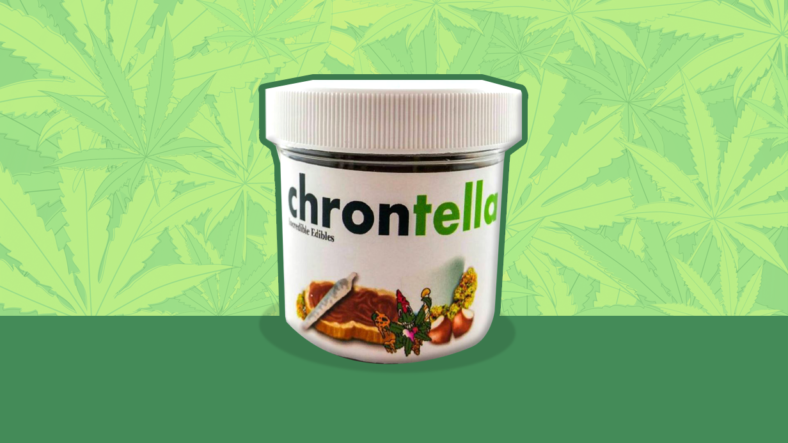 If you’ve ever had Nutella before, and if you haven’t you need to go get some right now, you know that tasting its delectable hazelnut-choclatey goodness is the most divine experience you’ll ever get from anything in a jar.

But now, you can have a truly out-of-this-world experience by eating a jar of Nutella infused with 300 mg of cannabis extract, cleverly named “Chrontella,” and getting stoned off your ass with a psychedelic take on the delicious Italian spread.

Unfortunately for most of us, Chrontella is currently only being sold in select Canadian dispensaries. But the good news is that Canada’s recently elected prime minister really wants to legalize weed for recreational use, so if you really have a hankering for the stuff you might be able to take a little road trip and get it up North for a just $23, according to Vice.

This is just another addition to the massive list of marijuana edibles that includes everything from “special” brownies to gelato, and you can be sure that as long as there’s food, they’ll be people trying to put weed in it.

Just don’t eat the whole jar at once, or you’ll end up having a total meltdown like this poor kid.