Turns out pot smokers say no to prescription drugs and yes to weed. 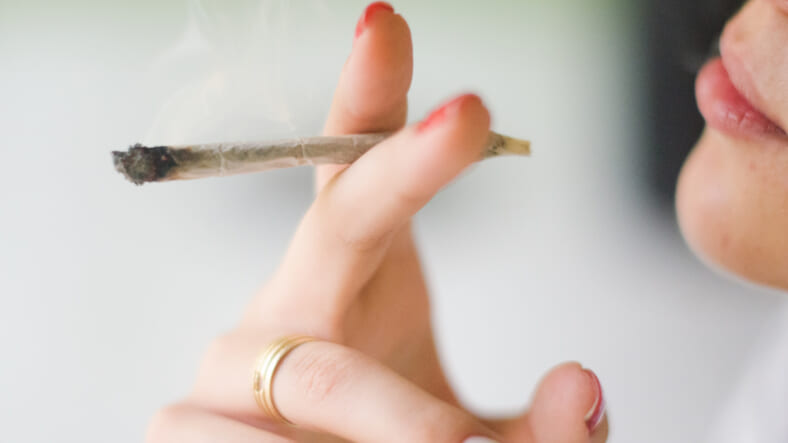 Step aside, Advil. There’s a new painkiller in town that people are choosing over pharmaceuticals, and it goes by the name of marijuana. That’s right, my friends. Weed.

According to a study from the University of Michigan Institute for Social Research, patients are supplementing or downright replacing their lab-made pain medications with cannabis, because it actually works and it’s au naturale.

In the study, researchers surveyed 450 cannabis-using adults, and 78 percent said they use weed to treat illnesses and health problems including chronic pain, anxiety, depression, PTSD, headaches, and menstrual cramps, as well as more serious conditions such as chemotherapy side effects and nausea associated with HIV and AIDS.

That said, 42 percent of those users said they completely stopped taking pharmaceutical painkillers thanks to the magic of marijuana, and 38 percent cut back on the use of prescription drugs.

Moreover, cannabis users reported trusting good old weed more than mainstream healthcare, and rated the effectiveness, cost, side effects, and availability as higher than that of pharmaceuticals.

However, apparently one-third of respondents are toking up (medically) on the DL without their doctor knowing about it…which is fine. Mine doesn’t know either (shhh…).

“Given the state of the science of medicinal cannabis, even basic information about users’ attitudes and behaviors would be helpful,” the authors write in the report, noting how this valuable information is crucial for shaping policy around marijuana use and legalization.

In a statement, study co-author Daniel Kruger says: “Given the growing use of cannabis for medical purposes and the widespread use for recreation purposes despite criminalization. The current public health framework focusing primarily on cannabis abstinence appears obsolete.”

Well, all I can say is hooray for weed. The actual miracle drug.