Whatever happened, it was oddly entertaining. 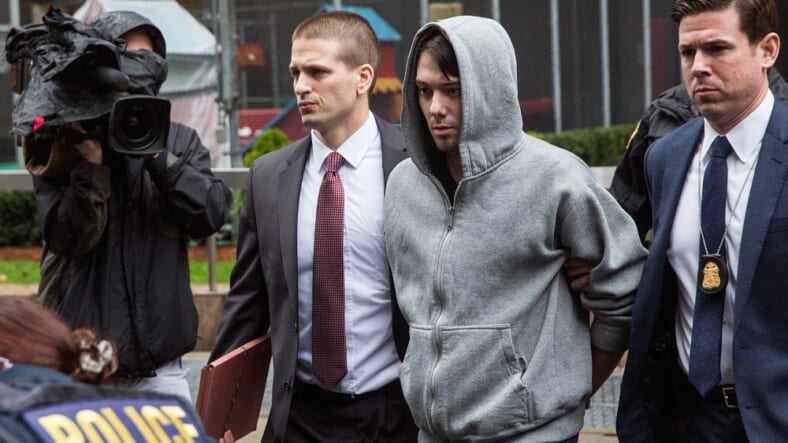 Pharma bro Martin Shkreli had a shitty week. First Shkreli was arrested and charged with securities fraud, accused of basically running a Ponzi-style scheme that amounted to several million dollars in fraudulent transactions. Then he resigned from Turing Pharmaceuticals—the company he headed when he became infamous for jacking the price of AIDS drug Daraprim from an affordable $13.50 a pill to an insane $750. Saturday may have marked the capper to the loathsome former Wall Street whiz kid’s long, ugly fall: his Twitter account went crazy in a manner that strongly suggested it had been hacked.

Many reports on the odd string of tweets remarked on what appeared to be the first tweet in the “hacked” sequence, which seemed like evidence it wasn’t Shkreli doing the tweeting.

No confirmation of a hack was available Saturday evening, so it’s hard to say for sure that’s what happened. After all, the man frequently called the “most hated man in America” has been under what would be an astonishing amount of pressure for anyone. It’s not entirely crazy to imagine he might be losing his mind.

Or—and perhaps this would fit the Martin Shkreli the public has come to know and loathe—he’s staging the “hack” for some reason.

Whatever’s going on, even if Shkreli regains control of his online presence or his mental faculties, he’ll still be the same asshole he was when he was arrested. He seems pretty reliable that way.