Each of these elite commandos is worth 10 ISIS fighters. 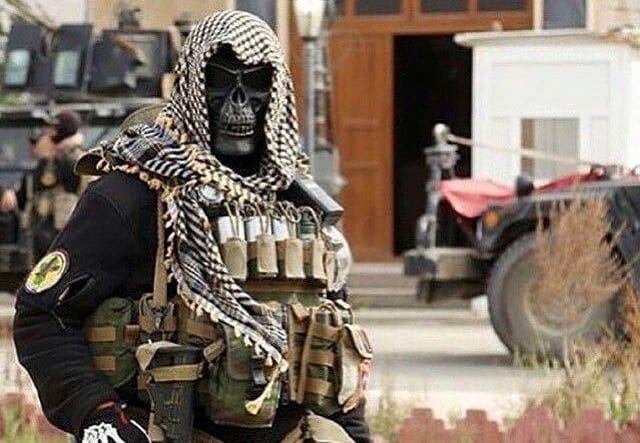 The Iraqi counter-terrorism forces are the best fighting force in a nation reeling under the threat of ISIS. Within this unit, the Golden Division represents the best of the best, the most elite unit at the forefront of the liberation of Mosul. Following extensive training by American military advisers, it is said that each of these elite commandos is worth 10 ISIS fighters.

If that fact isn’t enough to scare the hell out of the militants trying to hold Mosul, perhaps the Golden Division’s choice of uniform accessories will be. Members of the elite unit have taken to wearing skull masks and balaclavas into battle. With the success of the “Sniper of Mosul” in targeting militants, a new phase of fear should be striking the terrorists still holding large sections of Mosul, as the Golden Division approaches behind these masks of death.

The terrifying additions to the uniform should be especially fear-inducing for ISIS when they consider the men behind the masks have cleared three neighborhoods of Mosul in a single day and continue to force the ISIS fighters deeper into the city as they liberate neighborhoods and residents who have spent years under ISIS rule.