Meet Joilson Melo, the Future Lawyer Who Is One of Brazil’s Brightest Young Legal Stars

Joilson Melo is one of Brazil’s most buzzed-about future lawyers. 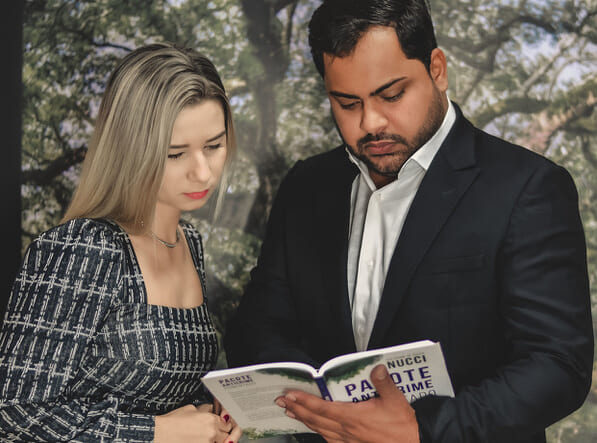 In this piece, we’d like to present the interview we recently got with one of the most prominent law students and emerging future lawyers. Joilson Melo is one of Brazil’s most famous future lawyers. He is widely known for his contribution to the legal system. He is one of the most prominent law students who have a good following because of his continuous efforts to ensure the rule of law in the country.

As we know that you are perhaps the only famous law student in Brazil, tell our audience a bit more about yourself?

I was born on September 20, 1988, and belongs to Cuiaba, Brazil. I am currently studying law at Fasip College in the state of Mato Grosso. I can proudly say that I always stood out from the rest of the kids in my school due to my extraordinary abilities and high IQ from the beginning.

What made everyone believe that you have an extraordinary IQ and what were your achievements in your childhood?

When I was only 9 years old, my parents decided to move to the interior of the

state in the hope to search for better life opportunities. Due to my high IQ, it was easy

for me to ace in all areas of life and surpassed kids older than me. Also, when I was just 12 I received my first computer and instead of wasting my time on playing games, I already started creating computer games in different programming languages that include CSS, MySQL, PHP, Delphi, JavaScript, C++, and others.

What is your uniqueness? What makes you stand out within your industry?

Well, my vast knowledge in the area of Law and Justice, also my achievements in favor of the poor and underprivileged people living in Brazil make me stand out as a prominent law student.

What is your primary aim that you have been focusing on?

My only objective is to fix the legal and judicial system of my country and provide every citizen with proper justice without any kind of discrimination.

What did you do practically to get your objective done? What actions did you take till now?

I have also been actively participating in law-related discussions, activities, and practices as well as in seminars to ensure that I’m up to date and informed with all new law amendments and developments. In addition, I am well known for my objections and request to recent illegitimate and malpractices in Brazil’s National Council of Justice (CNJ). Throughout this event, I played a crucial and influential role and I am now recognized by large groups of lawyers and civil society for this achievement as a law student.

Where do you see yourself in upcoming years?

I want to be a dominant lawyer and a voice for poor and needy people. I want to achieve the target where poor people who’re unable to pay lawyers can file suits with the Brazilian judiciary without the need for a lawyer.