#FreeTheCleavage is a cause we can get behind. 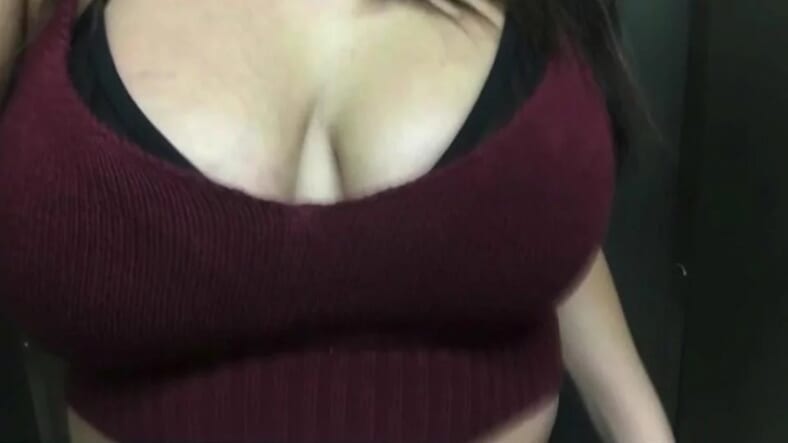 Recently a woman was kicked off a Spirit Airlines flight for supposedly showing too much cleavage. Her story sparked real outrage and even inspired Instagram model Elle Johnson to take up her cause.

The 21-year-old woman has been unknown until she came forward and spoke with Inside Edition on Friday. She only gave her first name—Brenda—and said that while she feels “awful” and “can’t sleep,” the story behind her ejection is more complicated than a supposedly inappropriate neckline:

At first, flight attendants accused her of being intoxicated, claiming she was “loud and belligerent.”“They asked me if I was drunk,” Brenda recalled. “I said, ‘No, I am fine.'” It was then that Brenda claims a flight attendant raised the issue of her cleavage and told her to cover up.

Another passenger who was also kicked off backs up Brenda’s claims of shabby treatment, telling Inside Edition the crew was “terrible” to her.

The airline did say Brenda’s appearance wasn’t the issue at all, but that she was the subject of complaints from other passengers.

Whatever the truth is, Brenda is now the face of a cause—#FreeTheCleavage—and she’s got a lawyer on her side.

Her considerable cleavage may just pay off, in the end.