Was it REALLY that bad? 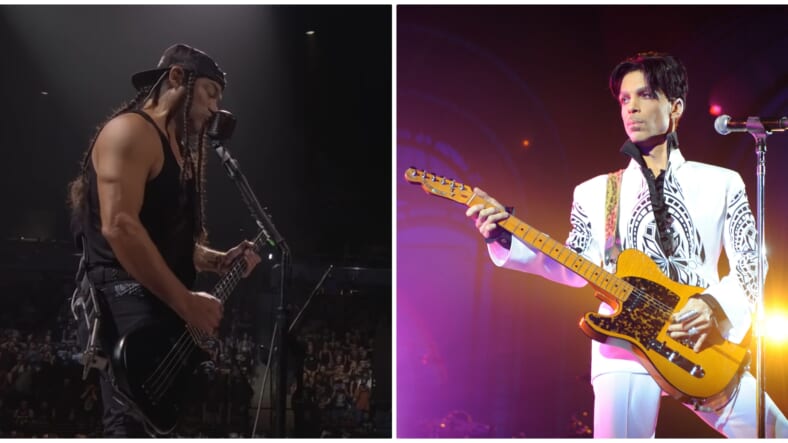 Earlier this week at a concert in Minneapolis, Metallica did something that has spurred nearly has much online outrage as when the formerly shaggy metal legends cut their hair back in 1996.

Guitarist Kirk Hammett and bassist Robert Trujillo performed a stripped-down cover of hometown hero Prince’s “When Doves Cry”, and not everyone is loving it, especially in that oasis of positivity known as Twitter.

During the surprise performance, there were some mixed responses from the audience. Some weren’t really having it, while others were waving their phones like lighters, clearly loving the questionable take on the 1984 Prince classic. Because for many Metallica fans, the band can pretty much do no wrong.

I made the mistake of clicking on that “Metallica butchers ‘When Doves Cry’” link yesterday and now I can’t get said butchered cover out of my head. This is what it sounds like when my week needs to end.

Does anyone really need to see Metallica cover When Doves Cry? Thats like the Baha Men covering Richie Hawtin like why pic.twitter.com/9NDQQNFQiT

whooo boy. that 'when doves cry' cover from metallica is sure something*

What do you think? Should Metallica have never covered “When Doves Cry” in Prince’s hometown, or do people just need to lighten the hell up?