These drugs give a lift in more ways than one. 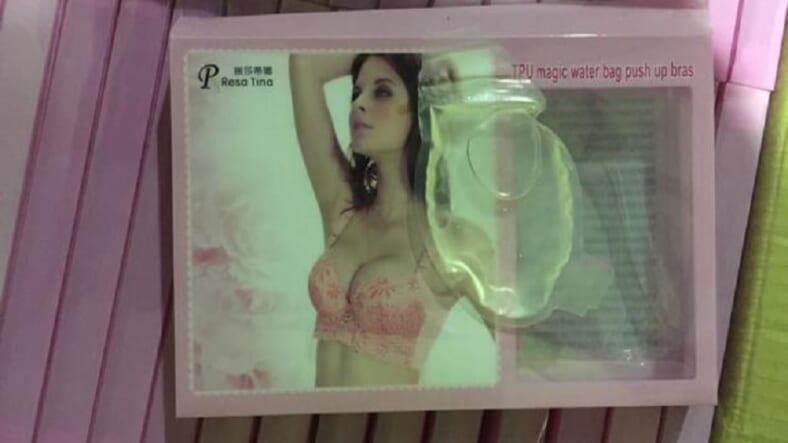 We’ve seen the novel approaches taken by drug traffickers to hide goods crossing the border between Mexico and the U.S., but it looks like they have nothing on meth dealers in China, who recently lost $900 million USD of product after the sharp eyes of the Australian Federal Police spotted the drugs embedded in push-up bras.

Four smugglers traveling with Hong Kong passports reportedly hid the product in plain sight, disguising the massive haul of liquid methamphetamine, aka “ice,” as the fluid used to fill gel inserts for push-up bras. According to Australian Federal Police Commander Chris Sheehan, the 190 gallons of ice could have been turned into 1100 pounds of crystal meth.

As Gawker noted, there’s a terrible crystal meth problem in Australia. This haul was significant not just for the creative efforts made to pass the product through customs, but also for the dent it might make in what’s apparently one hell of a thriving market for mind-altering, face-picking, crazy-making substances there. Seriously: In 2014 the Land Down Under had the highest percentage of recreational drug users relative to population size of any nation in the world.

As no one purchasing these inexpensive bra inserts would’ve necessarily noticed they contained anything but harmless saline, it’s a good thing they were seized before they hit the market. Some relatively innocent bra-covered boob biting could’ve broken one and blown the mind of some unlucky sap—or the bra owner, who simply wanted a little lift, not a massive and possibly brain-bursting shot of meth to the heart.

In the meantime, we’re making completely unrelated plans to party sometime in Australia.