Scores Killed In Massive Riot and Fire at Mexican Prison

It was all started by a member of the Zetas drug cartel. 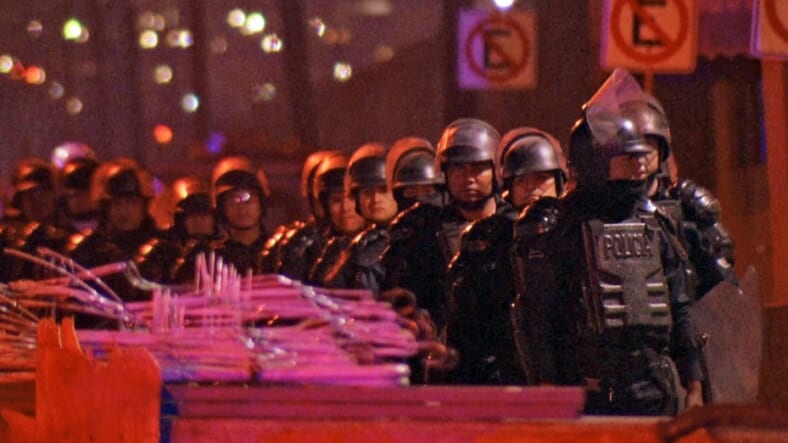 Fifty-people were killed during a massive riot and fire at a prison in northeastern Mexico, local officials confirmed on Thursday. Another 12 were injured.The riot broke out overnight at the Topo Chico prison outside the city of Monterrey, the capital of Mexico’s Nuevo León state just hours from the U.S.-Mexico border.Regional governor Jaime Rodriguez said in a news conference Thursday morning that the riot was the result of a fight instigated by a member of the infamous Zetas drug cartel.According to RT, witnesses “described how explosions could be heard coming from inside one of the buildings in the complex.”The fire that broke out during the riot continued to burn until dawn, the Los Angeles Times reports. Rescue workers are currently treating inmates for severe burns.Topo Chico, which hosts members of several drug cartels and gangs, has a reputation for violence. The BBC reports that in 2011, Topo Chico’s security chief was “abducted, killed and his body dismembered.” According to a report by the UN, prisoners lack basic necessities like ventilation and water, while female inmates are “forced into sexual slavery,” according to the BBC.As of Thursday morning, local media broadcast images of concerned Mexicans gathering outside the prison gates, demanding to be let in to see if loved ones escaped the blaze unscathed.“We are experiencing a tragedy,” Gov. Rodriguez said.