The Lebanon-born webcam model’s tweets are causing an online furor. 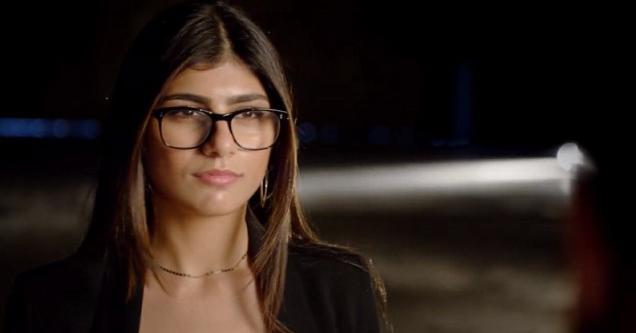 Mia Khalifa is making her views on the Israeli-Palestinian conflict known by declaring Israel an “apartheid state.”

we asked for the #SnyderCut, not Genocide Barbie https://t.co/5fsREpiqkR

She branded Israeli actress Gal Gadot “genocide Barbie” after the Wonder Woman star wrote that “Israel deserves to live as a free and safe nation.”

More recently, she shared an image of herself posing with two wine bottles dated 1943 and 1945. “My wine is older than your apartheid ‘state,'” she tweeted.

“Enjoying what would be classified as “nazi-era” music according to the NYPost’s logic on things produced in 1940’s France.”

She followed up with a reply reading, “Let’s keep this same energy in 78 years with people who support Israeli brands and products funding apartheid.”