Mike Tyson Is Getting in on Legal Weed, Opens 40-Acre ‘Cannabis Ranch’ in California

His bud will knock you out. 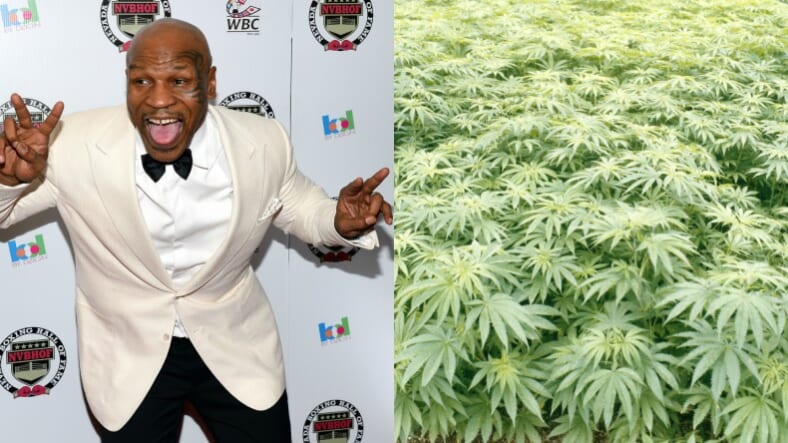 Mike Tyson, boxing’s former heavyweight champion, is going to grow pot. A lot of it.

The combat sports legend recently broke ground on “Tyson Ranch,” a 40-acre plot of land in California City that will be ultimately be converted into a marijuana farm.

We’re told Tyson Ranch will be dedicating 20 acres of their land for cultivation facilities that “will allow master growers to have maximum control of their environment.”There will also be a Tyson Cultivation School to teach growers the latest and greatest ways to perfect their own strains.

The production of mind-blowing bud is only one facet of the master plan for the facility, which will be operated by Tyson Holistics. The features below make it sound more like a marijuana mecca than a farm.

Tyson’s timing and location are no doubt calculated. As of January 1, the sale of recreational pot became legal in California.

The first legal recreational marijuana sale is being made at Harborside $20.10 pic.twitter.com/k6rv5vMi0b

And according to one marijuana dispensary co-founder’s account, business is already booming.

“We’re at capacity inside, we have 75 people in line, and the line is getting longer,” Will Senn of Urbn Leaf told the LA Times. “We would get as many as 1,000 people by the end of the day.”

Now is as good a time for Tyson—or anyone—to get in on the “Green Rush.”