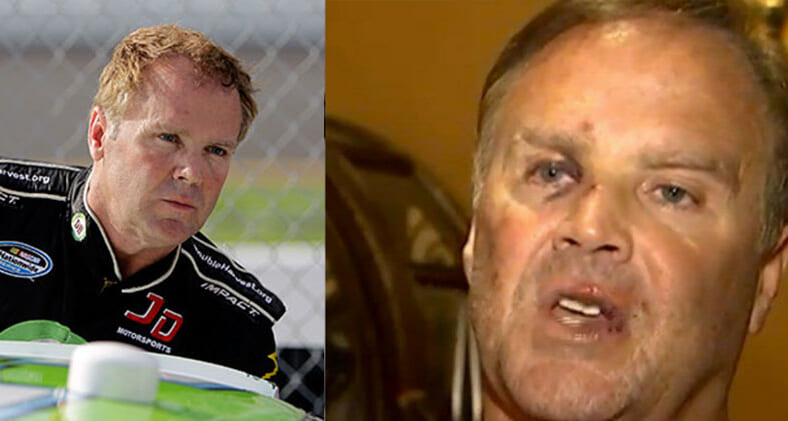 You would think NASCAR and the musical stylings of Rascal Flatts might go together like grits and red-eye gravy. For longtime NASCAR driver Mike Wallace and his daughter Lindsey Wallace Van Wingerden, attending a Charlotte, North Carolina concert by the country group ended in violence.

Wallace, age 57, was leaving the concert with his daughter on June 1, when they were allegedly attacked by three “drunk or drugged up” men in their twenties, according to ESPN. The men, Paul Lucas, Nathan Lucas, and Randolph Mangum were all charged with misdemeanor assault.

According to Wallace’s account, given to WSOC television, the attack was pretty terrifying:

Wallace told Eyewitness News that he was in the parking lot and said the question that prompted the attack was, “How did you like the show?”According to Wallace, a group of people started screaming at him and then beat him up after he asked that question.

Wallace said, “I woke up. I see my daughter laying on the ground, which is devastating for a father (…) I mean, that’s the worst thing in the world.” He added that the men appeared to be “drunk or drugged up”.

Wallace comes from a family of race car drivers. Both of his brothers — Kenny and Rusty Wallace — are retired NASCAR racers, and Rusty won the Winston Cup in 1989. Mike’s nephew Steve Wallace is also an active driver.

The beaten driver also said that the alleged attackers “are actual contractors with PNC [Pavilion, where the concert occurred]. They’re maintenance crews.”Wallace and his daughter have clearly been traumatized but are recovering. WSOC reported that the Lucases and Mangum were able to bond out of jail and will be back in court near the end of July.

Hopefully they won’t be spending their time until the next court date hanging out at the PNC Pavilion.