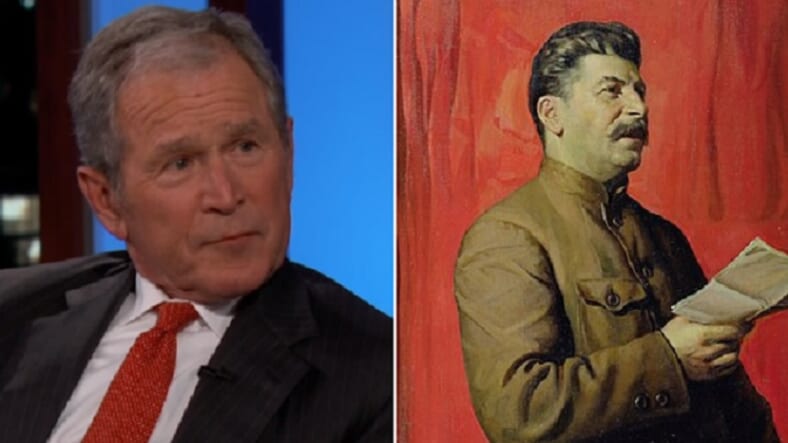 Bush’s decision to invade Iraq cost lives, but the Independent reported a survey by the Victims of Communism Memorial Foundation (PDF) found that just 5 percent of the millennials who responded didn’t know much about Bush and nearly 20 percent had no idea who Stalin was, and his murderous record was mind-boggling compared to almost any leader.

As a result, it seems they had no idea that the Russian mustache aficionado was also responsible for up to 20 million deaths during his reign over Communist Russia. Stalin’s numbers even eclipsed Hitler’s, in the end.

In an interview with the Daily Signal, Victims of Communism co-founder Lee Edwards said they’d undertaken their survey “because of such widespread ignorance about communism.”

Edwards went on to say his Foundation was “dedicated to telling the truth, the whole truth, and nothing but the truth” about the toll Soviet-style communism has taken in the last 100 years.

It was probably even more distressing for Edwards that the 2300 respondents to the survey badly underestimated how deadly communism was. Additionally, few knew of other communist leaders responsible for millions of deaths, such as Mao Zhedong and Vladimir Lenin.

It’s unsettling to think past horrors might damage future generations just because too many Millennials were sleeping off last night’s blowout in History 101.

But here we are.