Sometimes the old ways are the best way. 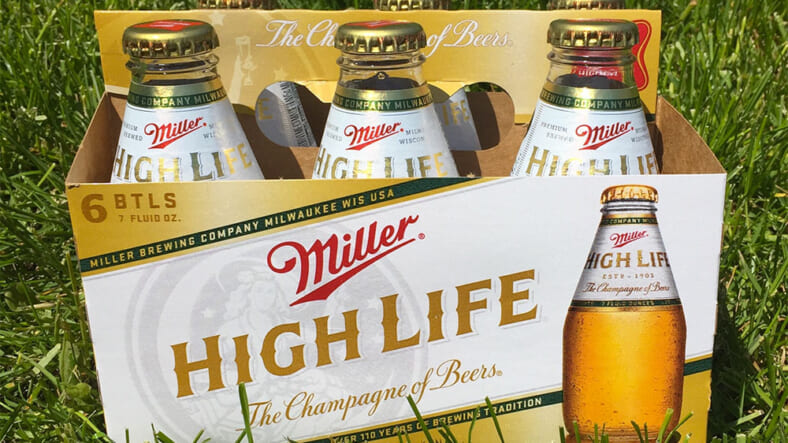 Newspapers from 100 years ago were full of ads for “medicinal” whiskey that you could pick up at a pharmacy, because once upon a time, physicians thought that was a perfectly valid way to handle a number of ailments. That’s probably why when her doctor prescribed three Miller High Lifes a day in 1943, Agnes Fenton didn’t think twice about implementing the treatment.

Agnes kept it up until she was 111 years old. Sure, she reportedly changed it up now and then with some good old fashioned Johnnie Walker, but the Champagne of Beers was her main staple, according to Supercall.

Sadly, as fun as it would be to set up some way to fund Agnes’s beer treatment till she no longer needs it, Supercall also noted that she no longer partakes, as those who care for her now don’t think she should go near alcohol at such an advanced age.

It seems like she’s already proved that the beer wasn’t a problem, but medicine is medicine. We won’t recommend anyone try Agnes’s approach to becoming a future centenarian, but it’s worth popping a cold one to celebrate her feat when you get home tonight.