Check Out These Amazing Images From NASA’s Planet-Hunting Satellite

These are truly amazing. 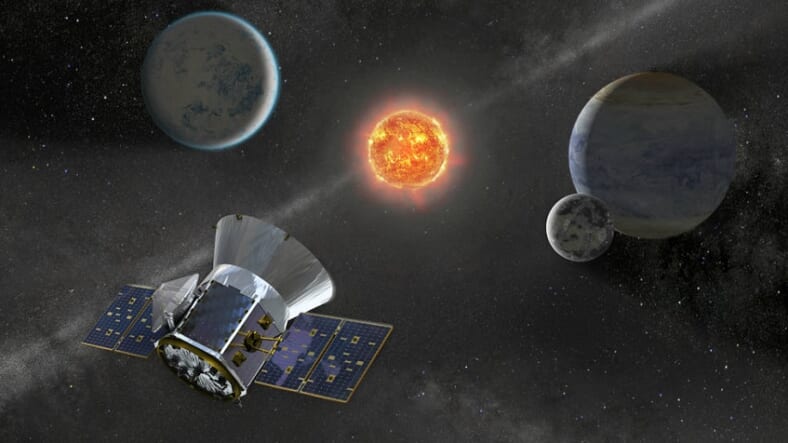 One month ago NASA launched TESS—the Transitory Exoplanet Survey Satellite. It’s a space telescope with a two year mission, and it’s looking for neighbors. As in other planets that could support life.

TESS has been a quiet project outside of space buffs, but NASA released one of the first images from TESS Friday, and it’s stunning.

NASA tweeted an explanation of what you’re seeing in the image above, and once you take it in, try to breathe.

As part of camera commissioning, the #TESS science team snapped a two-second test exposure using one of the four @NASA_TESS cameras. A science-quality image, also referred to as a “first light” image, is expected to be released in June. Enjoy this preview! @TESSatMIT pic.twitter.com/3hryLLp52i

In one image, a vast swathe of near space. About a quarter-million stars. It’s hard to look at that and not sort of short-circuit, because it brings home just how tiny the Earth is, and how we’re just in one tiny corner of space. Damn.

To get a handle on the mission and images like these, NASA tweeted a helpful explainer about what TESS is doing and how it maintains its orbit.

In the space of two years, the narrator tells us, TESS will study the entire sky, likely spotting thousands of new exoplanets.

The chances at least one of those planets are inhabited? Not too bad.

After thinking about that for a minute, we need to sit down.