She’s receiving death threats because of the controversial post. 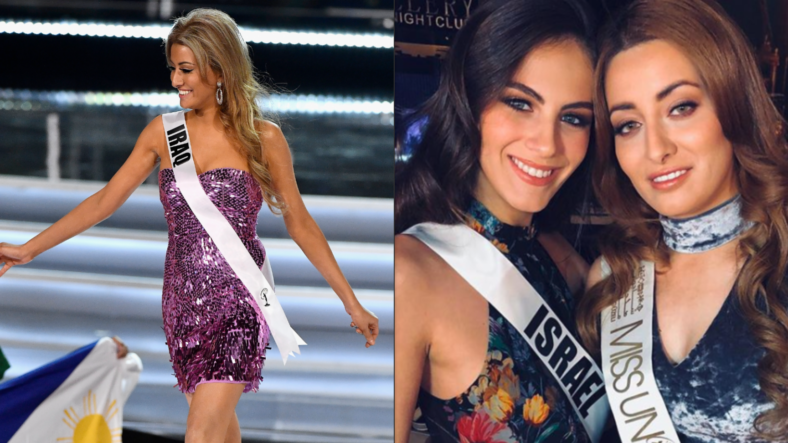 Miss Iraq’s family was forced to flee their home country after the model posed for a selfie with Miss Israel during the Miss Universe pageant.

Iraq’s Sarah Idan and Israel’s Adar Gandelsman posed for the shot at the competition’s venue of Planet Hollywood in Las Vegas, Nevada.

Gandelsman went on Israeli TV to detail the backlash and consequences, according to the Times of Israel.

“People made threats against her and her family that if she didn’t return home and take down the photos they would remove her (Miss Iraq) title, that they would kill her,” Gandelsman said.

“Out of fear, they left Iraq at least until the situation calms down.”

Gandelsman also said that in posting the picture, Idan’s intention was to show that “it’s possible to live together.” Social media users had mixed reactions.

The Daily Mail has further details:

“More than 3,600 ‘likes’ greeted their picture, but it also triggered an avalanche of comments, some positive and others negative in a country that does not recognize Israel, with which it is still technically at war.” One online response, from Isra al-Jabri, read: ‘Your peace with Israel, which has burned the Arab world for its own interests, does not honor us…’Samah al-Meshhadani believed that Miss Iraq had ‘made good use of this story’.

Idan, who now lives in Los Angeles, says that she “doesn’t support the Israeli government or its policies towards Arab countries,” in Arabic on Instagram.

“I apologize to everyone who saw it as an insult to the Palestinian cause – this was not its purpose.”