MIT Scientist: It’s More Likely Than Not We’re Living In a Computer Simulation

Did you take the red pill or the blue pill? 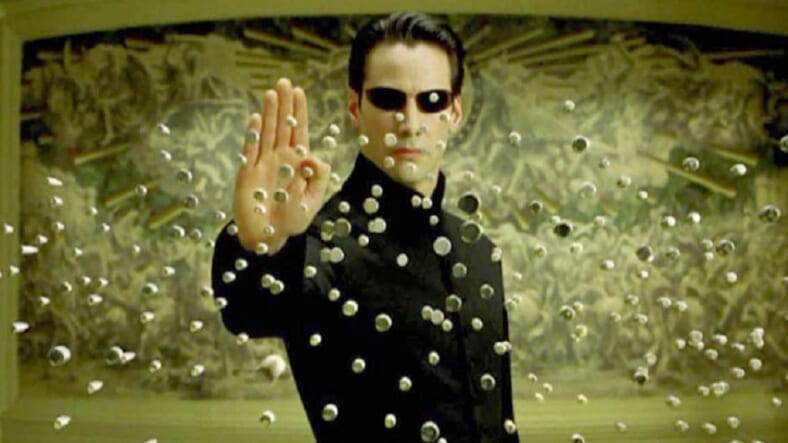 Say you have a black cat and it knocks your coffee off the desk. You clean it up and the cat does it again, in the exact same way. What the hell is happening? Is it deja vu, a cat from hell who wants to destroy you emotionally, or a glitch in the Matrix, a la the 1999 sci-fi classic, The Matrix?

According to MIT Rizwan Virk, it could be the latter. No, seriously. We may well be living inside a computer simulation.

Virk expands on this idea in his new book, The Simulation Hypothesis.

Believe it or not, more than a few legit scientists give serious thought to the idea that we might be AI constructs trapped in the circuits of a massive computer in the future. In his interview with Digital Trends, Virk gave some insight into how something that seems so crazy on the surface can invite sober-minded consideration.

First, his own explanation of the hypothesis:

The basic idea is that everything we see around us, including the Earth and the universe, is part of a very sophisticated MMORPG (a massively multiplayer online roleplaying game) and that we are players in this game.

Here’s Virk’s answer to a question about why people like him have begun to take the theory seriously:

The first reason is that video game technology has advanced and we can now have millions of players on a shared server. Also, 3D-rendering technology has gotten really good. We can actually represent 3D objects in 3D worlds. In the ’80s and early ’90s, there wasn’t enough computing power to render a world like World of Warcraft or Fortnite. It relied on us being able to build optimization techniques that allowed us to render just what the character sees. A third of [my] book is dedicated to video game technology, how it evolved in the past, and what the stages are to get from where we are today to a “simulation point,” (where simulation is indistinguishable from reality).The other big reason why scientists and academics are starting to take it seriously is Oxford professor Nick Bostrom, who wrote an article in 2003 called “Are You Living in a Simulation?” He came up with a clever statistical argument for the simulation hypothesis. He says, suppose some civilization somewhere gets to the simulation point and can create highly realistic “ancestor simulations.” With more computing power, they can spin off new servers and new civilizations really quickly. Each of those servers can have billions or trillions of simulated beings within them. Therefore, the number of simulated beings is way more than the number of biological beings…

Virk was asked about what consequences living in a simulation might have in everyday life and said in part that “if we are inside a video game that was set up say like in Fortnite, we would want to know what the goals of the game are and what our individual quests might be.”

Virk went on to say he doesn’t “necessarily think we’re in a simulation that has one purpose,” but according to him, it’s the same as “any multiplayer video game” in which “every character has their own individual set of quests and the freedom of choice to decide what to do next.”

Ouch. This is the kind of stuff you really don’t want to consider in the plain light of early morning without some strong booze or psychoactive substances in your bloodstream.

Read the full interview to keep freaking out, or just go find a GIF of Keanu Reeves saying, “Whoa” and tell him you finally understand.