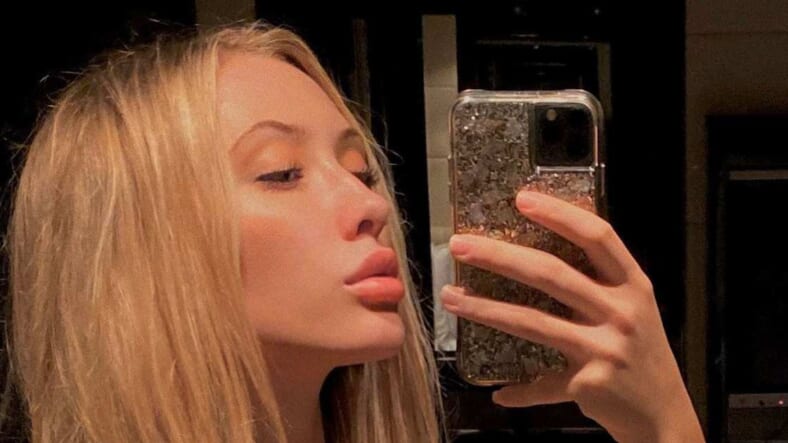 As devastating brushfires rip through Australia, one social-media savvy model is selling her racy nude pics to raise money for brushfire relief organizations.

Kaylen Ward, a 20-year-old model and online sex worker, claims she has raised $700,000 by offering to send nudes to anyone who gives her proof that they have donated $10 or more to bushfire relief groups.

“I’m sending nudes to every person who donates at least $10 to any one of these fundraisers for the wildfires in Australia,” Ward tweeted on Friday, alongside a censored nude picture of herself, and a list of charities including the New South Wales Rural Fire Service and the Australian Red Cross.

“Every $10 you donate = one nude picture from me to your DM. You must send me confirmation that you donated.”

The Cut has more details about Ward’s frisky fundraising effort:

Almost immediately, Ward’s Twitter DMs were flooded with messages. She told BuzzFeed News that her in-box was so full that she had to hire a team of four people to help her sort through them, verify which donations were legitimate, and send out the promised nude.

By Monday, the post had gone viral, getting over 73,000 retweets and, according to Ward, raising roughly $700,000. She now calls herself the Naked Philanthropist on social media.

“I was seeing all the posts on Twitter about the Australian fires and I was really concerned there wasn’t a lot of media coverage and not a lot of people donating,” Ward told BuzzFeed News.

My IG got deactivated, my family disowned me, and the guy I like won’t talk to me all because of that tweet. But fuck it, save the koalas.

In other news, actor Chris Hemsworth has pledged $1 million to donate to Australian brushfire relief.