A Photographer Is Being Sued by This Monkey, Thanks to Animal Rights Advocates

This story is truly bananas. 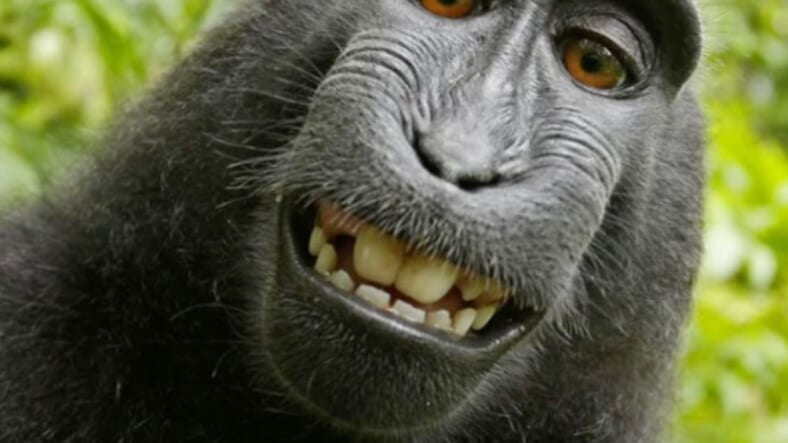 A photographer is in the midst of an over $2,500 legal battle… all over some selfies taken by a monkey.

David Slater captured the image in Indonesia in 2011. After befriending a group of macaques—an endangered primate species—in a Sulawesi jungle, he allowed them to monkey around with his camera.

What resulted was a truly bananas series of selfies.

The selfies, which promptly went viral, should unquestionably bring joy to anyone who views them… except for PETA.

PETA, acting on the behalf of the monkey, has made a legal song and dance that Slater is profiting off the monkey’s property. The argument is that since the monkey snapped the photo, it legally belongs to the monkey and he/she is technically owed all profits.

It is unknown whether the monkey would prefer to be paid in bananas.

This is no laughing matter for Slater, who is considering taking up work as a dog walker to pay off his escalating legal fees.

“Even though the monkey pressed the button, the intent and the creativity and the effort that went into what I did is actually what guarantees copyright to me,” he pleaded on Sky News.

Monkey v. Slater is poised to be the primate selfie trial of the century.