Can you grasp the gravity of this conspiracy theory? 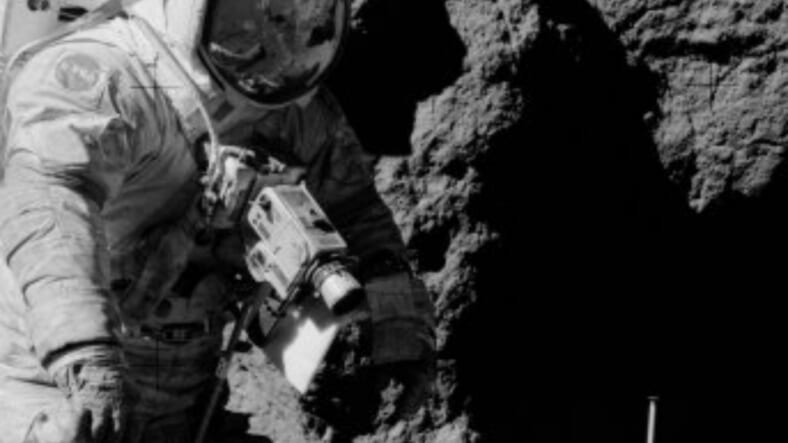 Everyone loves a good conspiracy theory, but just wait until you hear this wild new take on a classic.

For years, conspiracy theorists have been going on and on that man actually did not walk on the moon and that the moon landings were all an elaborate hoax, because they don’t believe spacecrafts could ever safely fly through the Van Allen radiation belt, deal with atmospheric drag, etc., and make it to the moon with all astronauts intact and alive.

According to the video, the picture in question shows what appears to be the reflection of a stagehand — who is not wearing a spacesuit, despite being in “space” — on the helmet of one of the astronauts, meaning the moon landing was staged and the U.S. did not win the space race.

“What we appear to have here is a figure of a human, not wearing a space suit, circa early ’70s. An Apollo 17 photograph. It looks like a man. Back in the early ’70s. Long hair. Wearing some sort of waistcoat type thing.

“This is starting to make me think. Where’s this guy’s spacesuit?”

Okay…I see what he means, but here’s the thing: If NASA, an executive branch of the United States federal government, really did stage the moon landing and invest hundreds of millions of dollars into this project, don’t you think they would have caught such a simple error?

I’m gonna go ahead and say yes, they would have — unless they wanted us to see the reflection. Oooh, what do you think about that, conspiracy theorists?

Anyway, no matter what you believe, I guess we’ll never know for sure, because NASA doesn’t even comment on moon landing conspiracies anymore, and we shouldn’t even bother asking Buzz Aldrin, a.k.a. one of the first two humans to land on the moon, because he’s known to punch naysayers, nor should we ask Ed Mitchell, an astronaut on Apollo 14, because he, too, kicked a denier’s ass.

And lastly, Eugene Cernan from Apollo 17 once said: “Nobody can take those footsteps I made on the surface of the moon away from me.”