A new study reveals when you’re most in danger of being cheated on. 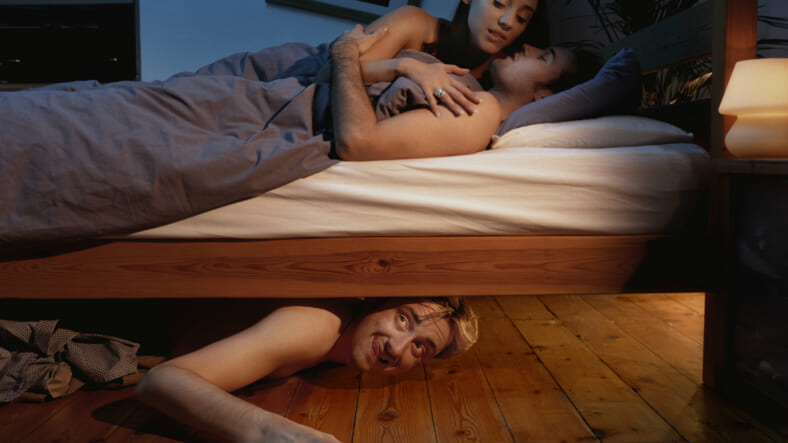 Being cheated on is pretty high up there on the list of really shitty feelings, but now, thanks to a new study, we can tell you a little secret about when people are most likely to cheat, so you know when to look out for warning signs.

According to illuminating new research by IllicitEncounters.com, a British dating site where married people go to cheat on their spouses, we now know the ages at which people are most likely to cheat, and it actually makes sense.

Apparently, people mainly cheat on their partners when their age ends with a nine, so that’s 29; 39; 49, etc., which means they’re at the end of a decade of their life. And does that mean they cheat to relieve some sort of “Fuck, I’m getting old” crisis? Hmm…yeah. Possibly.

The most popular age to cheat was found to be 39, followed by 49, then 29. Considering 40 is sort of the halfway point for most of us, I repeat, cheating at those specified ages is probably a petty psychological defense mechanism.

According to The Sun, IllicitEncoutners.com has 18 percent more users with an age ending in nine than any other age, and those cheeky users were also more active on the site than anyone else.

Wow, people in their last year of a decade obviously really want to squeeze in one last rebellious lay before reaching that new level of adulthood that will come on their birthday.

A spokesperson for the website told The Sun, “Our research shows that some people cheat to get their partner’s attention. If their partner’s a workaholic or unavailable to them, being caught with someone else is a way of saying: ‘Hey, if you love me, pay attention to me!’”

“‘Payback cheating’ is also common. If you’ve cheated in the past or done something else to hurt your partner, they might retaliate to get even.” Oof, yikes. You wouldn’t want that, would you?

So, if your girlfriend is nearing a new decade of her life, or you’ve cheated on her in the past, watch out, fellas.