Yes, it’s True: Good Music Gets You Kind of High 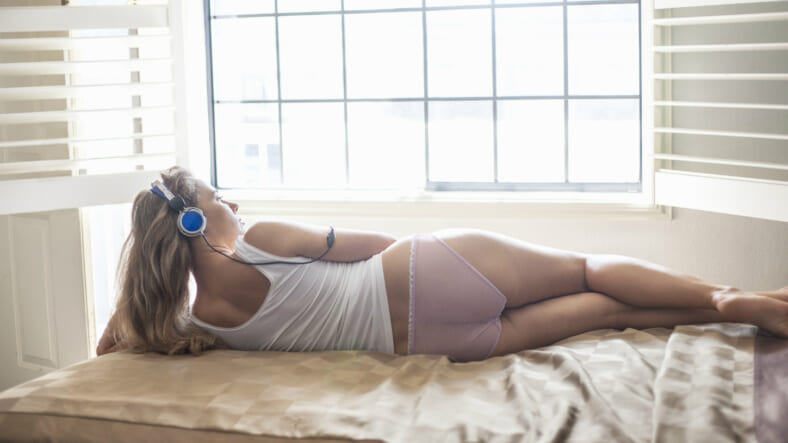 There’s nothing better than listening to your favorite tunes, right? It brightens your mood, gives you goosebumps, and makes the bullshit of the external world melt away into nothingness. But just what about music makes us feel so damn good?

From current research on the neuroscience of music, we know that we enjoy music due to a two-phase reward process. First, there’s an anticipatory phase in which your brain gets flooded with the feel-good neurotransmitter, dopamine, in anticipation of your favorite part of the song.

The second phase is the consummatory phase, which acts on the same reward system as drugs like heroin and morphine–through our opioid receptors. That said, when you listen to your favorite songs, you basically get high, kind of like you’ve taken a bunch of opioids. Nice, huh?

To fully test the fact that music enjoyment comes from our opioid receptors, researchers at McGill University conducted a study where they gave participants an opioid blocker called naltrexone and then had them listen to music, and found that yes, listening to good music actually does get you high!

For the study, which was published in the journal Scientific Reports, researchers had 15 students pick two songs that they loved – songs that sent a shiver up their spine and a tingle down their cerebellum — and then they received either a dose of naltrexone, or a placebo.

After waiting an hour for the naltrexone to kick in, the students listened to the music they chose, as well as two “neutral” songs that the researchers selected.

As the students listened to the music, the researchers recorded their facial activity using electrode pads, while the students used a slider to indicate how pleasurable they found the music at that moment.

When the data was analyzed, it was found that with naltrexone, the students moved their facial muscles less while listening to music, which means that the naltrexone effectively reduced emotional responses.

In short, what this means is that naltrexone made the participants’ favorite songs sound less pleasurable, which means that their opioid recepters were less active, which means yes, music is basically a drug that gets you high. Hell yeah.

So, next time you’re having a spiritual experience while listening to Hotel California or Selena Gomez or something, just know that you’re actually getting high.