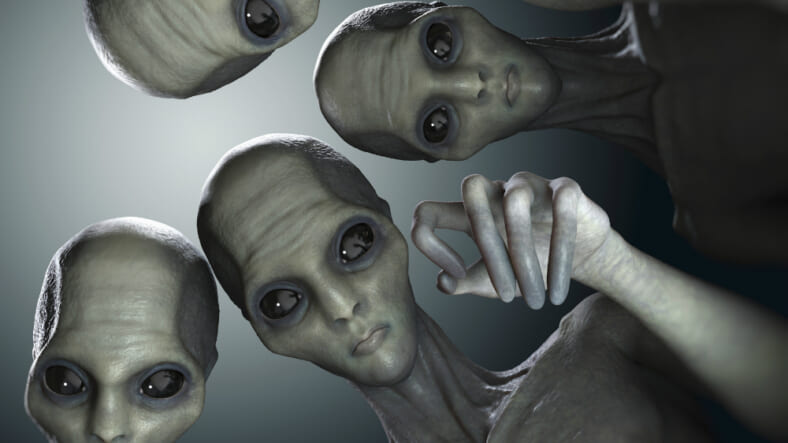 In a Universe this massive, it’s hard to imagine we’re the only life form here. I mean, come on. Earth is only one of many, many planets in our Milky Way Galaxy, which is only one among billions of other galaxies in the Universe. Surely there must be something living on another planet.

But guess what? There just might be! NASA recently announced that there might be alien life in our solar system, based on findings from NASA’s Cassini spacecraft and Hubble Space Telescope.

The findings show that Enceladus, a moon of Saturn that has an icy white shell, has chemical activity under its shell that is important to life on Earth, which suggests there might be aliens or some kind of life form living there.

NASA has been studying Enceladus for a while, suspecting it might be home to aliens due to its massive underground oceans and icy outer shell that is similar to Earth’s protective ozone layer.

And now, with the recent discovery, NASA confirms that there are hydrothermal vents in the oceans on Enceladus, which is important, because on Earth, hydrothermal vents are found deep, deep in the sea and offer food and warmth to weird sea creatures of the abyss.

So, it seems as though the “aliens” on Enceladus aren’t shape-shifting reptilian Martians, and they probably won’t come to Earth in UFOs and stick things in our eyes and butts like we see in movies. They’re probably just some gross-looking shrimp monsters, or something. Disappointing, I know.

Nevertheless, this is some fascinating new information about extraterrestrial life, and even though aliens might not end up being what Hollywood made us believe, they’re still cool.