The out-of-this world footage is the first of its kind. 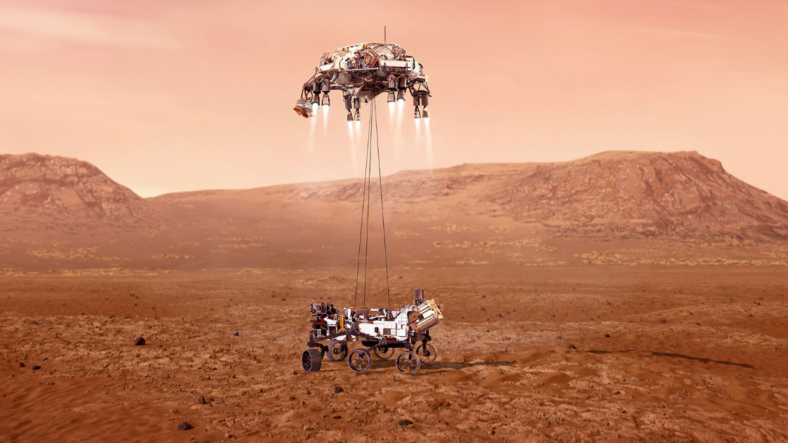 Elon Musk wants to go to Mars, and for all we know, his SpaceX will get there. He might even make space travel a regular thing one day. For now, though, we can get a better idea than ever before of what it might be like to stand on the surface of the red planet and watch — and listen to — an event commonplace on Earth: A drone buzzing in the sky.

In the video above you will see and hear NASA‘s Mars Ingenuity helicopter, which rode piggyback on the Perseverance Rover, on its fourth mission. It’s a truly groundbreaking first: clear video and audio of an aircraft captured by a spacecraft working on another planet.

Here’s more from NASA’s release about the footage:

David Mimoun is the science lead in charge of the A/V elements of Perseverance’s mission. He said in NASA’s press release that they “have been lucky to register the helicopter at such a distance. This recording will be a gold mine for our understanding of the Martian atmosphere.”