Apparently, the legendary shooter who inspired the “American Sniper” movie exaggerated some of his heroics. 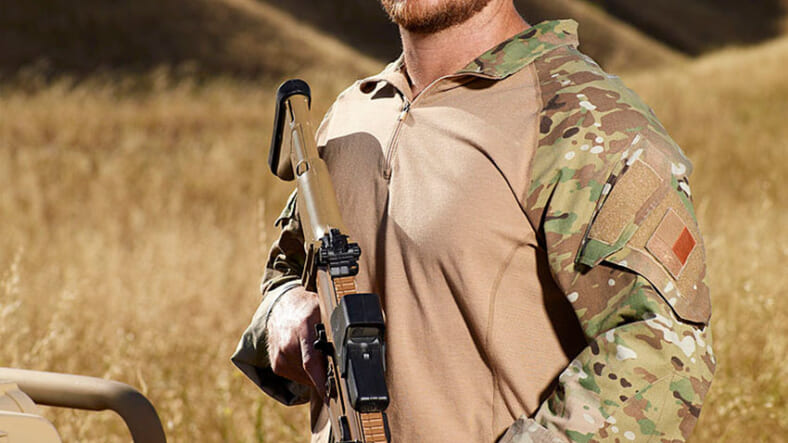 His record of kills as a SEAL and the Navy’s top sniper hasn’t been challenged, nor has the fact that he behaved with bravery and great stoicism in battle.

Unfortunately, even gifted and accomplished soldiers like Kyle—who died tragically at the hands of a disturbed fellow vet whom he was trying to help—are not always above exaggerating their accomplishments.

That’s apparently what Kyle did on a couple of occasions in his bestselling autobiography that became a blockbuster movie. First there was his claim he’d punched out former SEAL and ex-governor Jesse Ventura. After Kyle’s death, Ventura won a $1.8 million dollar defamation suit against the sniper’s estate.

Then there was Kyle’s medal count. The Navy has just issued a corrected, lowered medal count for Kyle following an investigation by The Intercept that revealed evidence Kyle had “distorted” his record.

Kyle’s service record has been effectively diminished to a more human scale on paper, reports The Intercept. Though Kyle’s autobiography had claimed a pair of Silver Stars and five Bronze Stars with an added “V” for valor in combat, the truth was he earned one Silver and four Bronze. In a quote reported by The Intercept, the Navy claimed mistakes were made:

“After thoroughly reviewing all available records, the Navy determined an error was made in the issuance of Chief Petty Officer Chris Kyle’s form DD214 (report of separation from military service),” wrote Lt. Jackie Pau, a Navy spokesperson. “Specifically, the DD214 did not accurately reflect the decorations and awards to which Kyle was officially entitled. After notifying his family of the error, the Navy issued a corrected copy of the DD214, which accurately reflects Kyle’s years of honorable and extraordinary service.”

The Intercept noted that the clerks who reviewed Kyle’s paperwork when he left the service would have been responsible for ensuring his awards matched up with the tally in his file and pointed out that the Navy made no explanation as to how errors had been introduced into the records.

While The Intercept’s previous investigation into Kyle’s claims underscored the fact that embellishing medal counts is a big breach of ethics among soldiers, Kyle was still a larger-than-life presence on the battlefield with an estimable record.

The success of his book as well as the Clint Eastwood film in which Bradley Cooper played the sniper will likely always eclipse negatives, such as the Jesse Ventura claim or his inflated medal count.